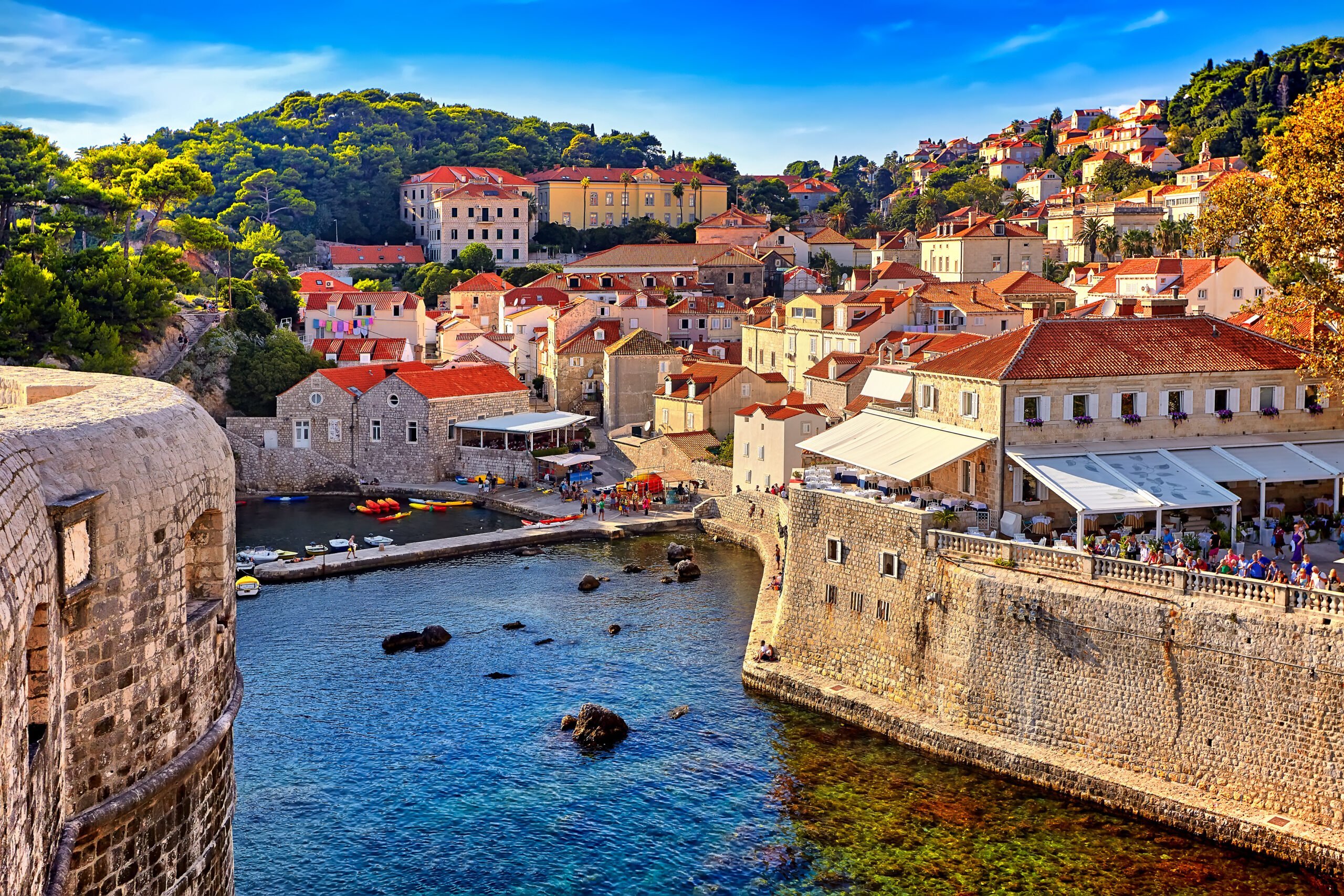 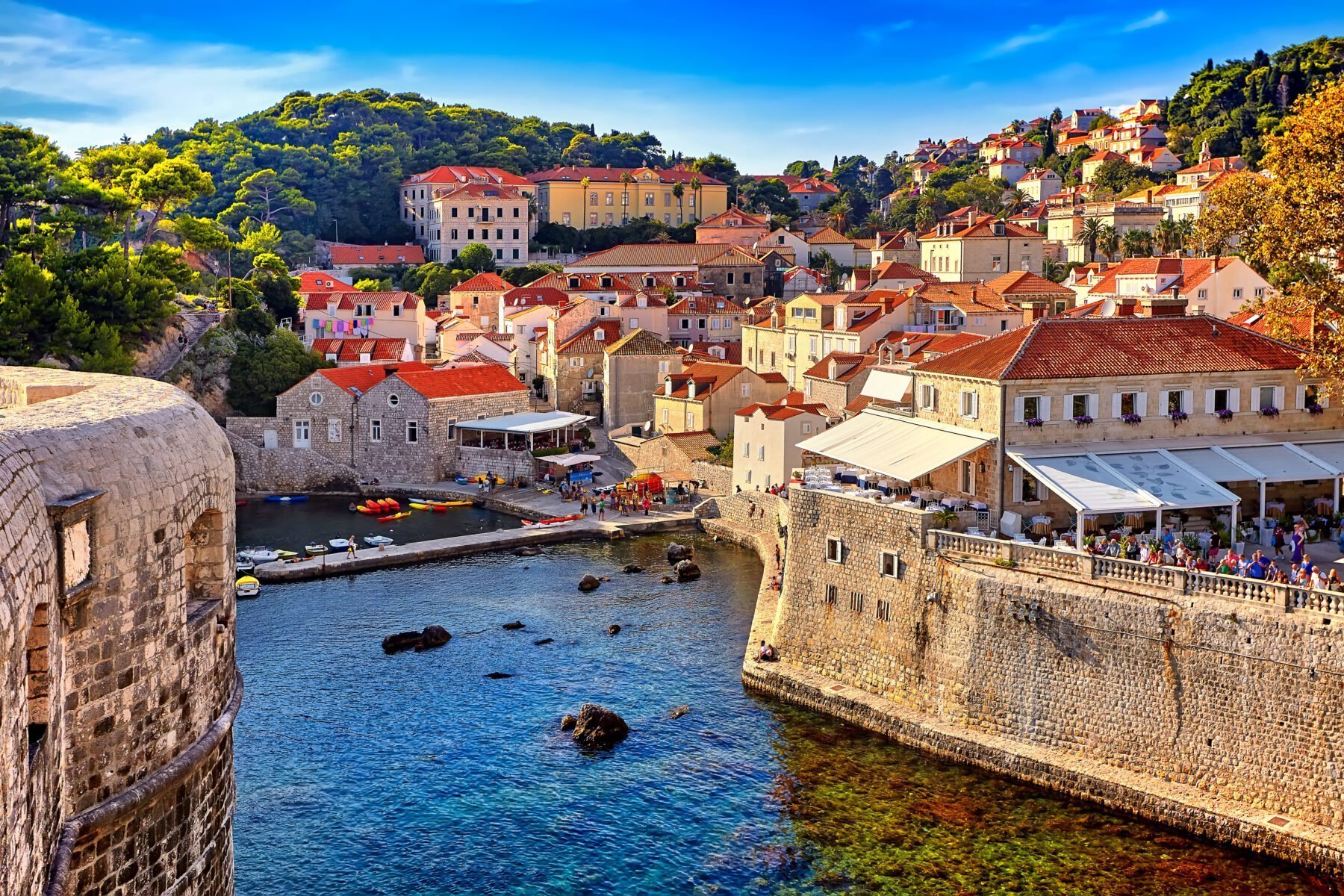 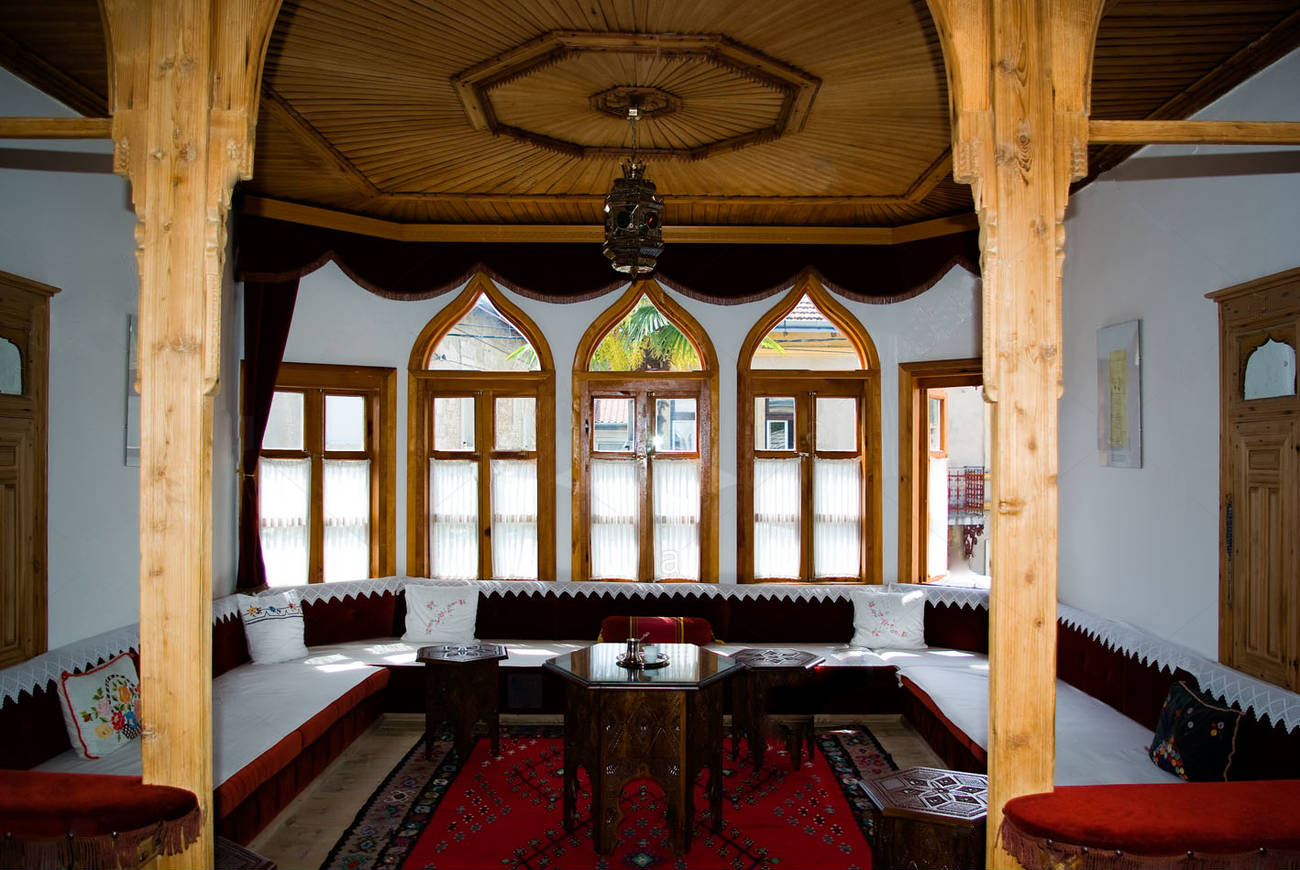 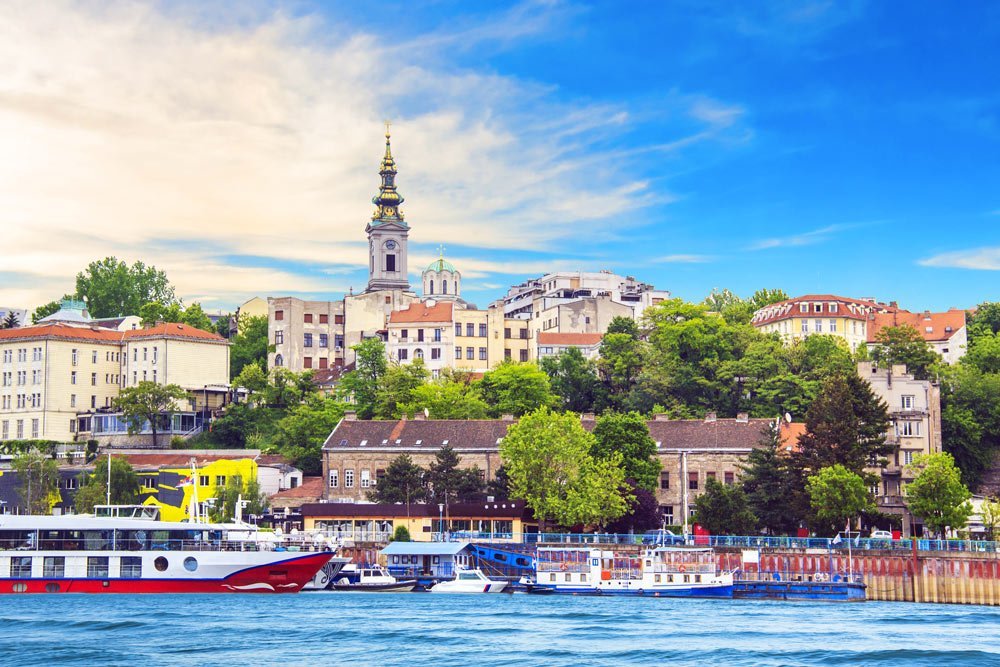 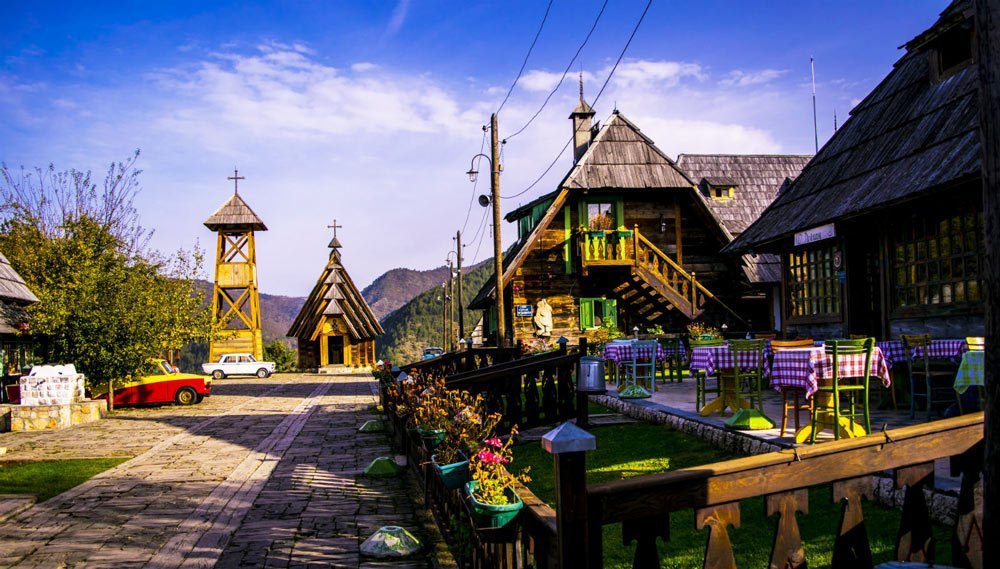 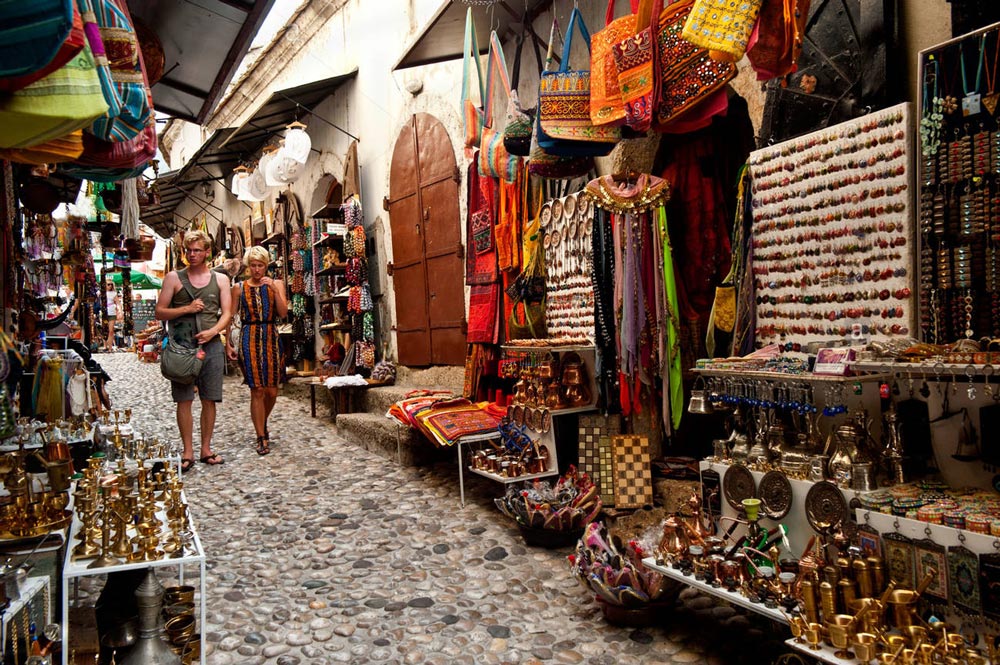 Meet the local host during your stay and transfer to hotel in Dubrovnik: transfer (considering traffic) – 40min

Upon arrival, check in at the hotel and then start the walking Tour of Dubrovnik Old Town. Known also as the “Pearl of the Adriatic”, Dubrovnik offers a range of attractions. Our walking tour will take you by the old harbor, Franciscan monastery & Old Pharmacy, Sponza and Rector’s Palaces, Bell Tower Clock and Orlando’s Column.

Dinner and overnight in Dubrovnik

Breakfast in the hotel

Free time on your own

Dinner and overnight in Dubrovnik

Breakfast in the hotel, check out and drive to Sarajevo/Bosnia, with stop en route for a visit to Mostar

Panoramic tour of Mostar Old town. The old town is absolutely captivating: cobblestone streets that wind through a bazaar that seems untouched by the hands of time, the curved minarets of impressive mosques jutting into the sky, and pastel facades of cafes and storefronts that create a kaleidoscope of hues best seen from the banks of the Neretva River. The city’s crown jewel is Stari Most, a grand stone bridge which sweeps across the water, making it the most photographed landmark in the entire country for good reason.

Free time for lunch and shopping

Dinner and overnight in Sarajevo

Breakfast at the hotel and start with the city tour of Sarajevo. Sarajevo is one of the most oriental and culturally diverse cities in Europe, and had spent over 300 years under Turkish rule until the Austro-Hungarians arrived in the late nineteenth century. The empire collapsed 50 years later when Archduke Ferdinand was assassinated here, hastening the outbreak of the First World War. The late twentieth century saw Sarajevo host the Winter Olympics in 1984, and the long siege of the city during the recent conflict.

Visit the Tunnel of Life and return to the center of Sarajevo, where you may have a panoramic tour of the Old Town Hall; Brusa Bezistan (Old Bazaar); Old Coppersmiths at Work; Orthodox Church; Roman Catholic Cathedral; Latin Bridge (The Site of Assassination of King Ferdinand)

Dinner and overnight in Sarajevo

Breakfast in the hotel, check out

Drive to Belgrade, with stop en route to Visegrad (115km – 2hrs) for photos and refreshments

This town is full of pretty streets but we will dedicate our visit to the Old Stone Bridge, the endowment of Grand Vizier Mehmed Pasha Sokolovic. The main architect of the bridge was Mimar Sinan, the greatest architect of the Ottoman Empire. It was built in 1577. In the oriental style. The Bridge is one of the most important national monuments of Bosnia and Herzegovina and has entered the UNESCO list of World Heritage Sites in 2007.

Mokra Gora is better known for its tourist attractions and breathtaking nature surrounded with valleys and gorges of the White and the Black Rzav and the Kamiška Drvengrad, rather unusual concept… small city built on the top of the hill, consisting of old authentic village houses, small orthodox Church, few streets, cafe, restaurants, sweet shops…even have a prison…! Visiting Mecavnik is definitely something completely different comparing to what you saw so far

Lunch at a local restaurant

Continue driving to Belgrade, with stop en route for refreshments

Kalemegdan is Belgrade’s central park and fortress complex lying on a hill overlooking the Sava and Danube confluence, on the eastern side of the river Sava. This has been the sight of the ancient

Roman city of Singidunum, the medieval and Turkish era Belgrade and was converted into a park in the mid-19th century.

Proceed afterwards to Knez Mihajlova Street. This street is the longest and the most popular pedestrian zone in our capital city, and an ideal place for shopping with where national and foreign fashion brands stand side by side. Asides from being rich in boutiques “KNEZ” and its cross streets are stacked with coffee shops and restaurants, where you can take a break from exhausting, yet successful shopping.

Free time, and prepare for dinner

Breakfast at the hotel and drive to Novi Sad with stop en route to Petrovaradin Fortress. (1h)

Take some wonderful pictures from the fortress

We will cross to the right side of the Danube cost and go to Petrovaradin Fortress. Founded on the grounds of a medieval edifice, the fortress was built by the Austrians in the 17th and 18th century

as pillar of defense against the invasion of the Turks. They call it the “Gibraltar of Danube”, because of its position

Afterwards we will proceed to Novi Sad.

Trg Slobode (Liberty Square) is the largest central city square, built in the 18th century. On the edges of the square are the buildings from the end of the 19th and early 20th century. Square has always been a place to celebrate important events in the history of the city, as well as a meeting place for people and location where numerous manifestations were held.

After sightseeing around this beautiful city, you may try an authentic Vojvodina cuisine in a traditional restaurant (optional).

Way back to Belgrade and free time

Breakfast at the hotel, check out. Free time until your departure

Transfer to the Airport (30min)

Starting the tour from Dubrovnik where the sun streches across the deep sea with the excellent configuration of small beach cliffs and hill slopes, and continuing to the wonderful mountainous Bosnia, to get to know different cultures and ending with the amazing Serbia on the banks of the Danube and Sava rivers.