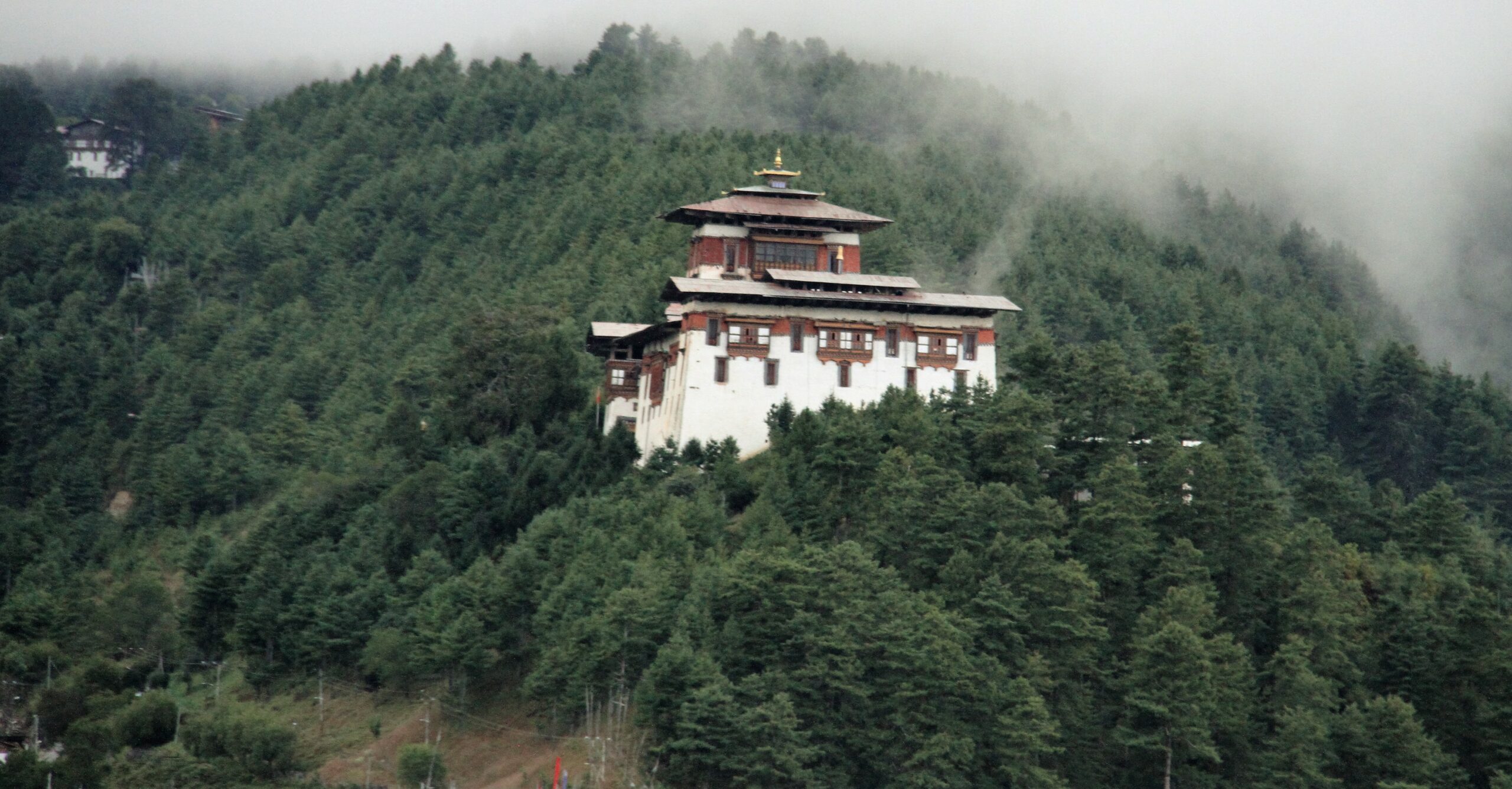 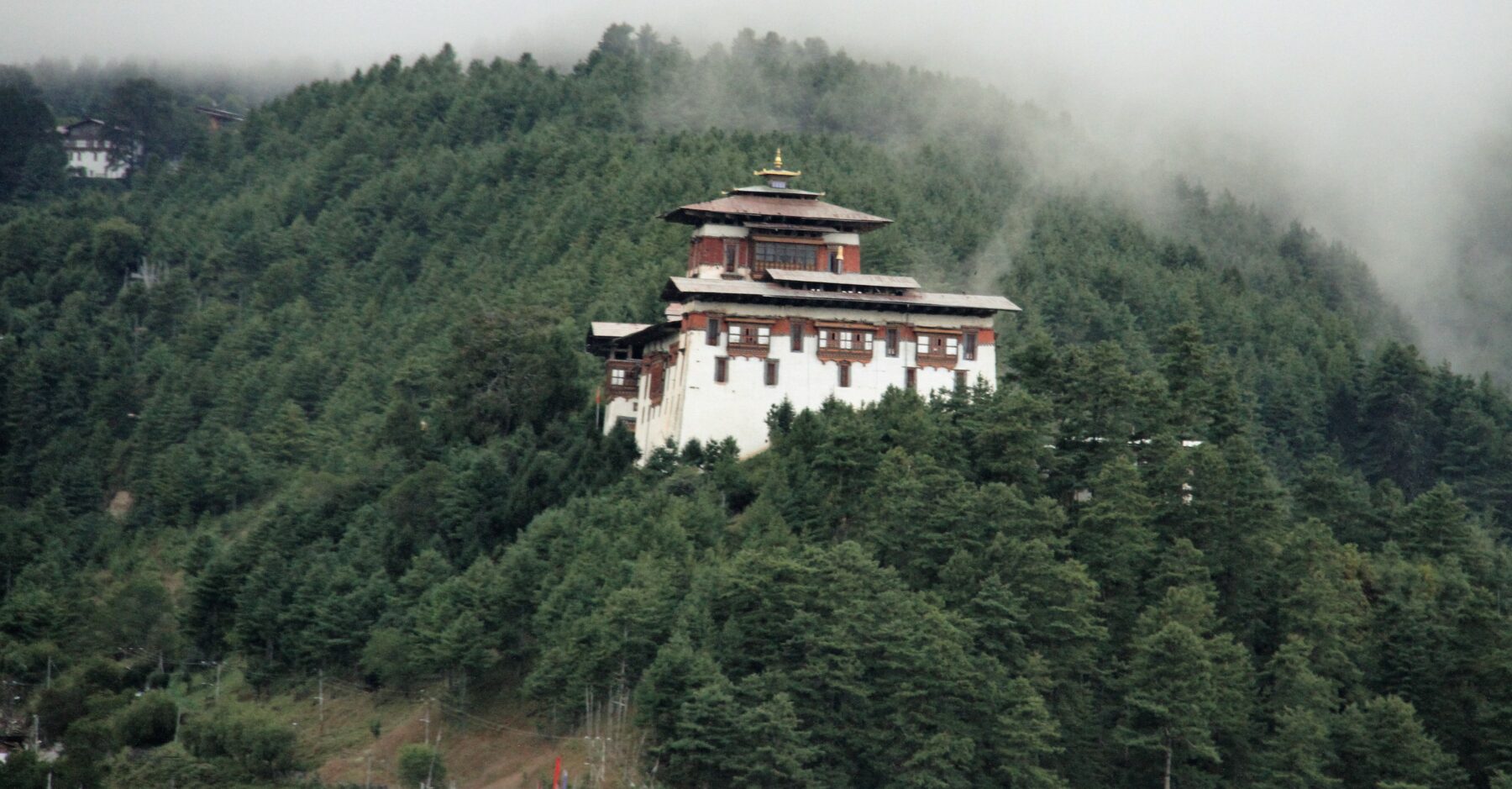 After
breakfast, drive to Punakha – approximately 3-hours drive through picturesque
valleys and mountain slopes dotted with typical Bhutanese villages. From the
Dochula pass, at over 10,000ft, vast panoramic views of the high snowcapped
peaks of the Bhutanese Himalaya can be enjoyed on a clear day. Continue drive
down into the Punakha valley. On the way visit Chhimi Lhakhang – This was founded in 15 Century by Lama Dukpa
Kinley also known as divine mad man. It is half hour walk across a local
village and rice field.

After
lunch visit Punakha Dzong – built in
1637 by Zhabdrung.  Overnight at hotel.

After
breakfast drive to Phobjikha. Visit Gantey
Goenpa as it is a major attraction with an old monastery date back to the
16 century. Walk through
Gangtey natural trail and visit Phobjikha valley exploring Bhutanese
traditional houses. Overnight at hotel.

After breakfast drive
onward to Jakar (Bumthang) is perhaps long, but certainly memorable with
dramatic landscapes of terraced farmland, deep river valleys and precariously
perched farmhouses viewed from the only east west highway that has been
ingeniously carved out of the mountain faces (occasional road blocks may
occur). Following a brief stop at Chendebji
Chorten, which according to belief was built to cover the remains of a
demon spirit, you will carry on to what was the original home of the Royal
Family. Continue drive to Trongsa. Visit Trongsa
Dzong – seat of the district administration, built in 1648. And visit Tower of Trongsa, which has been
converted into a museum from a watchtower that once guarded Trongsa Dzong. The
drive onward to Bumthang takes you over the picturesque Yotong La. Overnight at
hotel.

After
breakfast, you will explore our neighboring palace, Wangdichhoeling, a past
home to the 2nd King, and now home to the auspicious prayer wheels next door.
Heading up valley, you will take in the grand Kurjey Lhakhang – considered one of Bhutan’s most auspicious
monuments, that was once the resting place of Guru Rimpoche, and Jambay Lhakhang – home to the early
winter festivals that draw thousands of Bhutanese for their annual blessings.
Heading back into town and across the Bumthang Chhu, you will enjoy a visit to
the sin alleviating Tamshing Monastery
followed by quick visits to the valleys unique cottage industries – Red Panda
Brewery, Bumthang Cheese/Dairy Facility and the Bumthang Distillery, home to
numerous distinctive spirits.

After breakfast drive to Tang
valley and visit the mystical Ugyen
Choling Palace and explore Tang valley.  After lunch drive back to Bumthang on the way take short
walk on the riverside to MenbarTsho (the burning lake).
Overnight at hotel.

After breakfast drive to Airport for
onward flight to Paro. After lunch visit: