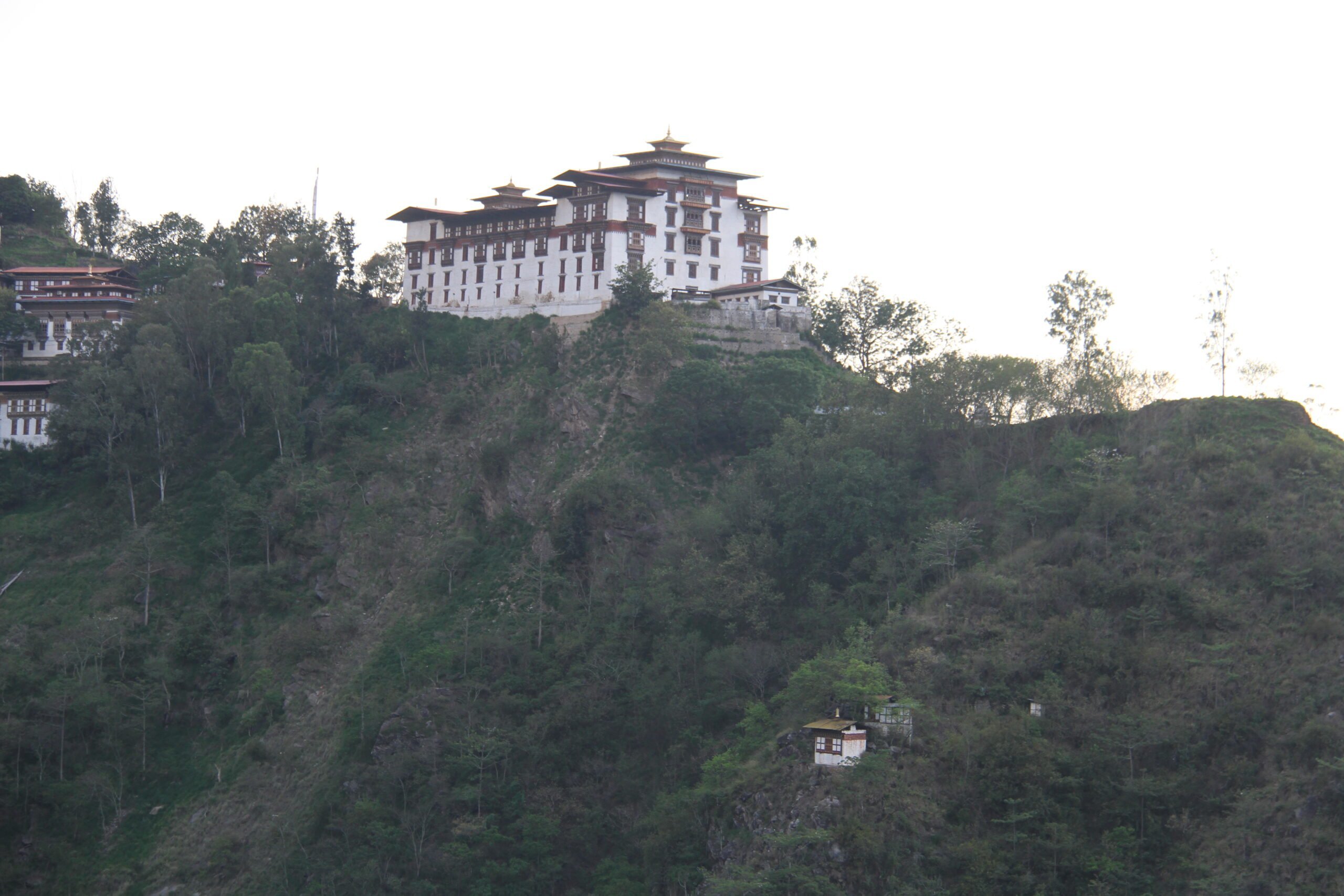 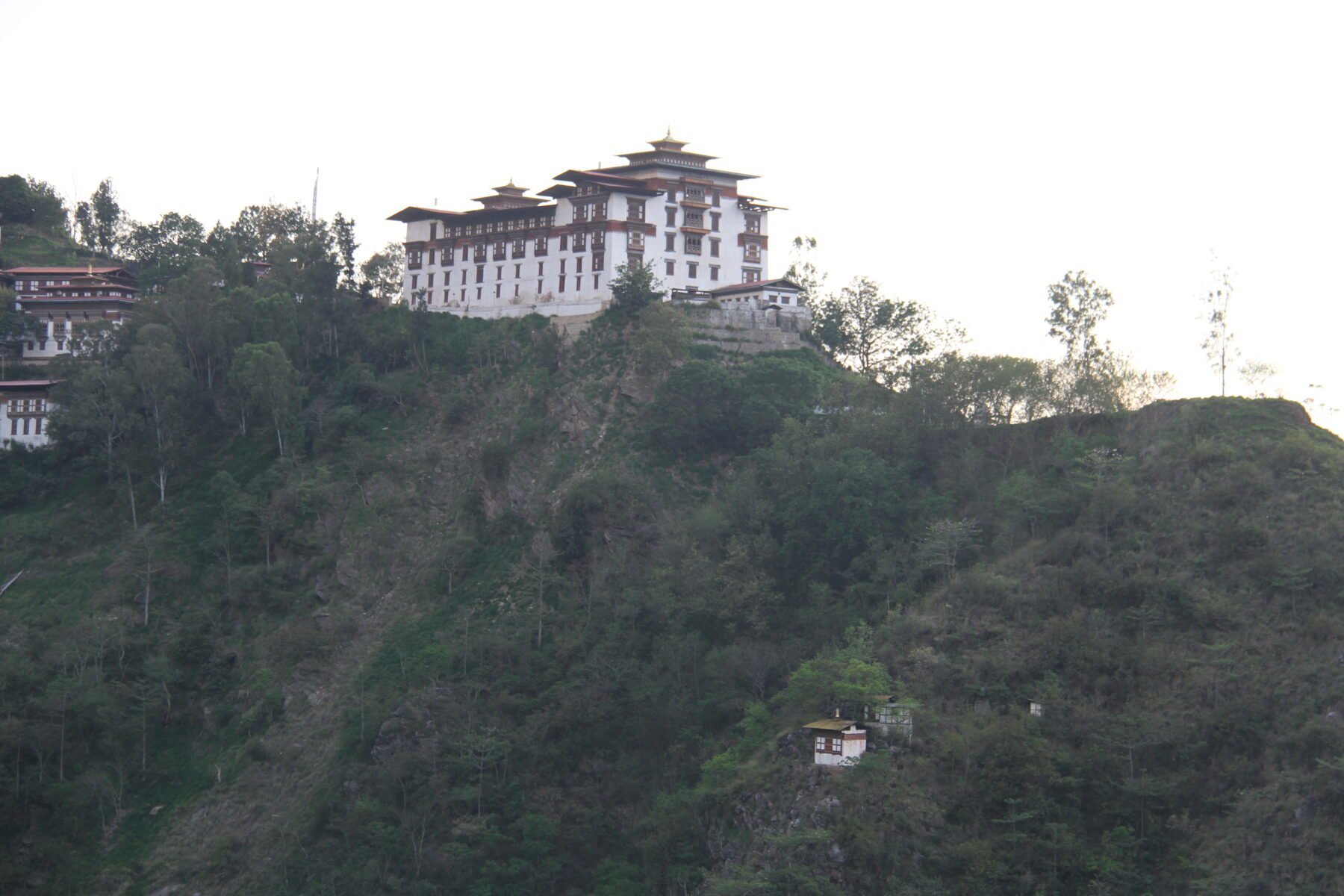 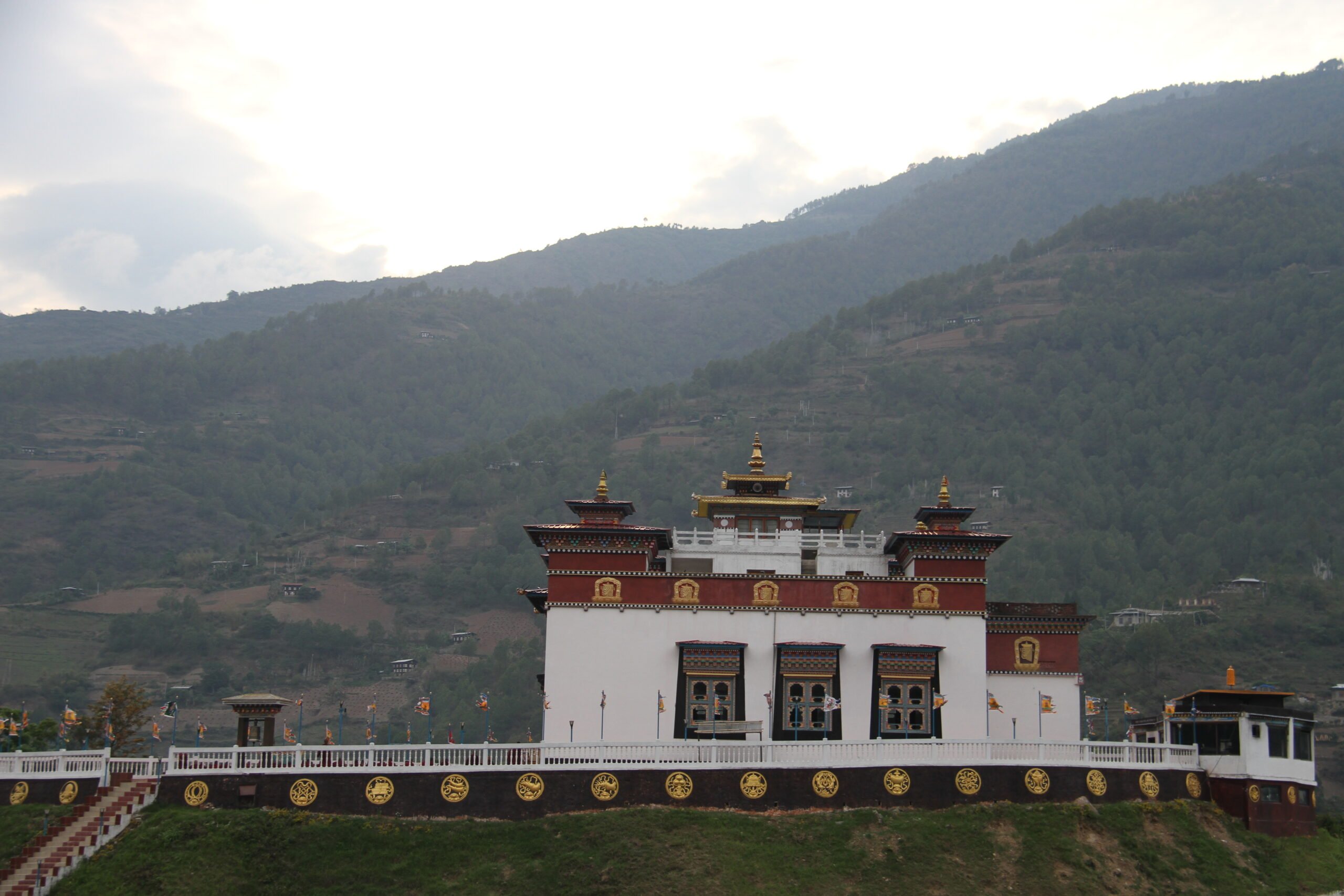 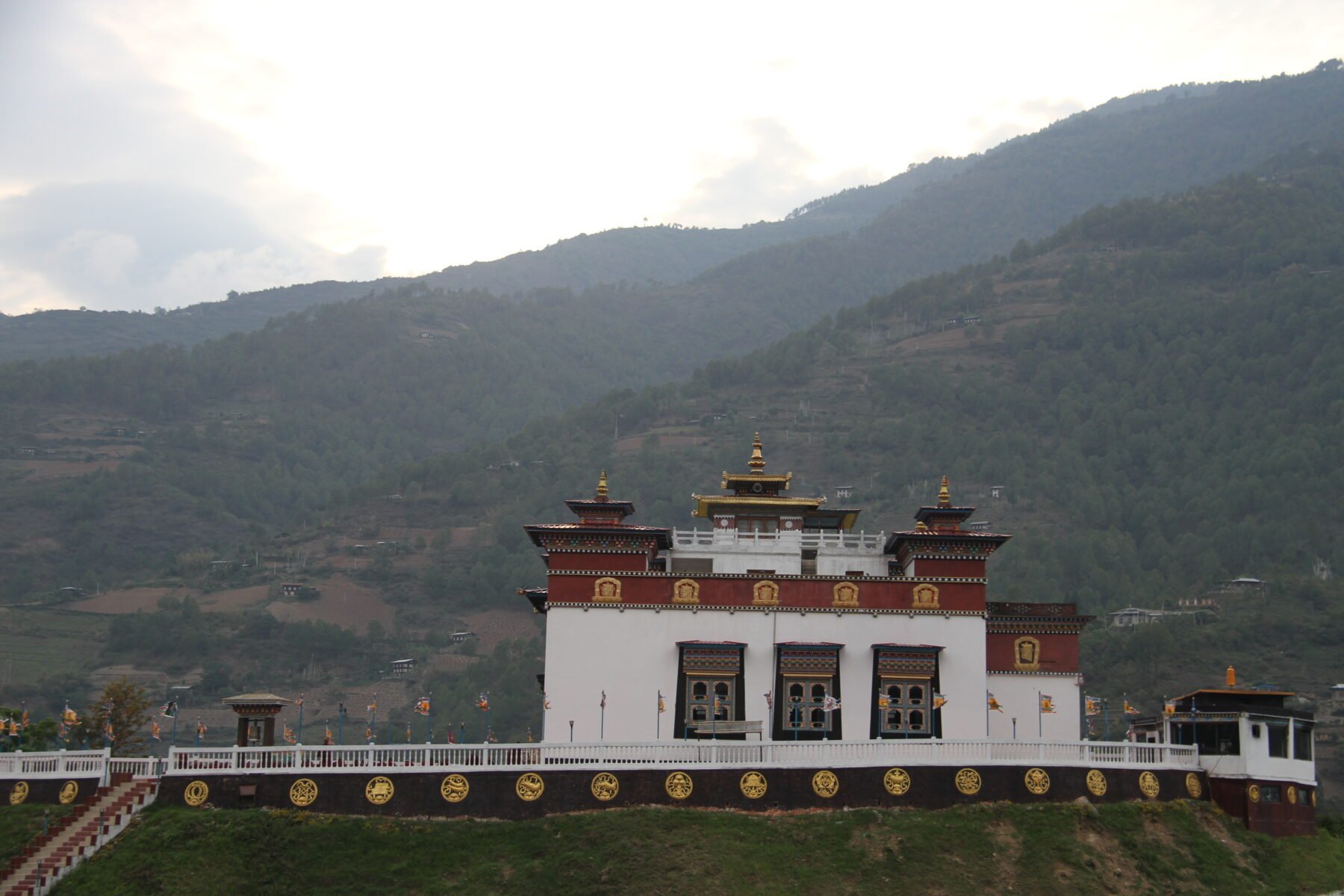 On arrival you will be
greeted by our representative and drive to Samdrup Jongkhar, South-eastern part
of Bhutan bordering the Indian states of Assam and Arunachal Pradesh. Overnight
in hotel.

After breakfast drive to
Tashigang, passing through several villages. En-route visit hand loom (weaving
center) in Khaling and then visit blind School. Continue drive to Tashigang,
Vividly colored handloom cloth and end silk spun from cocoons bred from castor
oils plants are local specialties. The dominant language of the region is
Sharchopkha instead of Dzongkha.
Trashigang is used as the market place for the hill people from Merak
& Sakteng, who are known for their exceptional features and for their costume
made of Sheep skin and Yak wool. The hat they wear is unusual but has a
significance of its own. We might be able to meet a few of these people. Overnight
in hotel.

After breakfast drive to
Merak.  Visit local community, temples
and mingle with local. Witness native dances of Merak and Sakteng – Achulamoa
Cham and folk dances which is worth witnessing.
Drive back to Trashigang.  Overnight
in hotel.

After breakfast drive to Trashiyangtse, on the way visit Gom Kora temple and continue drive to
Yangtse. The main attractions in this valley, is a great stupa, Chorten Kora
built in 1940 and modeled on the style of the Boudhnath stupa in Nepal. After
lunch walk to old dzong which is about 1 hour (Both ways). Later visit
Trashiyangtse town is small but very beautiful with traditional designs and
colors of the houses. This place is also famous for wooden products like dapa
(wooden plate), phob (cup) and others. One of the traditional painting schools
is located in Tashiyangtse.   Drive back
to Trashigang. Overnight
in hotel.

After early breakfast
drive to Mongar. Afternoon visit Mongar Dzong and stroll around the town.  Overnight in hotel.

After early breakfast drive to Lhuntse. The
steepness of the region lends itself to some spectacular views, with rushing
waterfalls and sheer drops. Lhuntse district is one of the most rural and isolated
districts in Bhutan. The landscape is spectacular with stark cliffs and gorges,
beautiful conifer and pine forests, and remote villages. The Kurtoe region of
Lhuntse is the ancestral home of Bhutan’s Royal family. And also consider being
the best for KishuThara textiles. Visit Lhuntse Dzong and weaving village.
Drive back to Monger. Overnight in hotel.

After breakfast drive to Bumthang and you would notice a
change in the weather condition and that the place becomes cooler. Stop at
Sengor where you would get to see the locals there. On the way there are a few
places where we will stop. Overnight in hotel.

Day 08. Bumthang – Halt
Morning  drive
to visit  Jampa Lhakhang, a ten
minute drive from Jakar town . Walk from Jampa Lhakhang through fields and
meadows to Kurjey Lhakhang. On the way you will pass a beautiful Chorten and
the newly built temple, Zangdo Palri.
The trail continues past a water source, Kurjey  Drupchhu (Holy water).  After crossing suspension bridge, will take
to Padmasambhava Lhakhang.  Hot lunch
will be served. After lunch visit Tamshing
Lhakhang – This temple is also known as Tamshing Lhendrup Chholing (Temple of
the Good Message).  And visit Khonchosum
Lhakhang.

Morning
drive up to Tang valley and visit the mystical Ugyen Choling Palace.  After lunch drive back to Bumthang on the way
take short walk on the riverside to Menbar
Tsho (the burning lake).  Continue drive
to Chumey. Overnight at hotel.

After breakfast drive to
Phobjikha. En-route visit
Trongsa Dzong – seat of the district administration, built in 1648. And visit
Tower of Trongsa, which has been converted into a museum from a watchtower that
once guarded Trongsa Dzong. Continue drive to Phobjikha. Overnight in hotel.

After breakfast, drive to Punakha approximately 3 hours drive. Lunch
near Chimi Lhakhang. After lunch visit Chhimi Lhakhang. This was built in 15
Century (dedicated to Lama Drukpa Kunley also known as divine mad man). It is
half hour walk across a local village and rice field. Visit Punakha Dzong (old
capital of Bhutan) built in 1637 by Zhabdrung. It is one of the most beautiful
Dzong in the country. Overnight in hotel.

Drive up to suspension bridge and hike to Khamsum Yulley Namgyel Chorten that has great
views of Punakha valley. This beautiful monument was built under the royal
patronage of Her Majesty Ashi Tshering Yangdon Wangchuck, The Mother of the 5th King. Walk back to the bridge. Afternoon at
leisure. Overnight in hotel.

After breakfast, drive to Thimphu-approximately 3 hours drive through
picturesque valleys and mountain slopes dotted with typical Bhutanese villages.
From the Dochula pass, at over 10,000ft, vast panoramic views of the high
snowcapped peaks of the Bhutanese Himalaya can be enjoyed on a clear day. Lunch will be served at
Dochula cafeteria. And you even have an opportunity take a picture of Dochula,
108 stupas. Continue drive to Thimphu.

·
Memorial Chorten – built in the year 1974
in the memory of our third king of Bhutan, His Majesty Jigme Dorji
Wangchuck.

·
Motithang Takin Preserve – houses the rare
national animal of Bhutan. Takin is listed by international   conservation agencies as a vulnerable
species and it is a rare animal found only in Bhutan, Nepal and Burma.

·
Thimphu Centenary Farmers
Weekend Market – Thimphu weekend market is one of the largest domestic market for
Bhutanese farmers. The weekend market is crammed into a set of stalls on both
banks of the Wang Chhu, just north of Changlimithang Stadium. It’s an
interesting place to visit, where village people jostle with well-heeled
Thimphu residents for the best and cheapest vegetables and food stuffs. The
market essentially is a farmers market, where every week vendors from
throughout the region start arriving by Thursday evening and stay at the market
till Sunday. And

·
Tashichho Dzong – Is a Buddhist Monastery and fortress on the northern edge of the
city of Thimphu. It has traditionally been the seat of the Dharma Raja, the
head of Bhutan’s civil government, an office which has been combined with the
kingship since the creation of the monarchy in 1907, and summer capital of the
country.

·
Buddha Point/ Kuensel Phodrang
– Is the
largest Buddha statue in the country. From there one can get a good view of the
Thimphu valley. Plant sapling at Happiness Garden, Kuensel Phodrang.

·
Traditional Medicine
Institute
– In Bhutan, equal emphasis is given to both allopathic and traditional
medicines. The rich herbal medicines made up from medicinal plants are prepared
and dispensed here.

·
National Institute for
ZorigChusum
– or the school of Arts and crafts is an institute where student undertake a
six-year course on the 13 traditional arts and crafts of Bhutan.

After lunch drive to Paro
and visit Kyichu Lhakhang- one of the oldest and most sacred temple in the
kingdom, dated back to the 7th century.  Visit Ta Dzong former watch Tower which now
houses the National Museum and then visit Rinpung Dzong which houses the
monastic school, monk’s residence and the office of the civil administration.
Walk down and cross the Bhutanese typical wooden roofed bridge. Overnight in
hotel.

After
breakfast, drive for half an hour and start the hike, which is about 5 hours
(round trip.) The trail is along an ancient path marked by river-powered prayer
wheels. As you reach Taktsang you will be struck by the architectural wonder of
this most pious Buddhist shrine in Bhutan. Perched some 1000m, 3000ft on a
cliff overlooking the valley; it would justifiably qualify as one of Bhutan’s
wonders. Tragically wrecked in a fire early in 1998.  It has been rebuilt to its original glory. It
is said that the legendary Indian saint, Guru Padma Sambhava, flew from Tibet
on the back of a tigress to tame five demons, who were opposing the spread of
Buddhism in Bhutan in 746 A.D. Hence the name, Taktsang, or the “Tiger’s Lair.”

Descend
back to Ramthangka. If the time permits, drive further north to visit another
symbolic structure, which is now under reconstruction. Drugyel Dzong, or
“”Castle of the Victorious Drukpa,” which was also built by the Shabdrung to
commemorate Bhutan’s victory over the Tibetans in the 16thcenturies. From here,
the Jomolhari Peak (“Mountain of the Goddess”) can be seen on a clear day (Alt.
7,329m/24,029ft.).  Overnight at hotel.