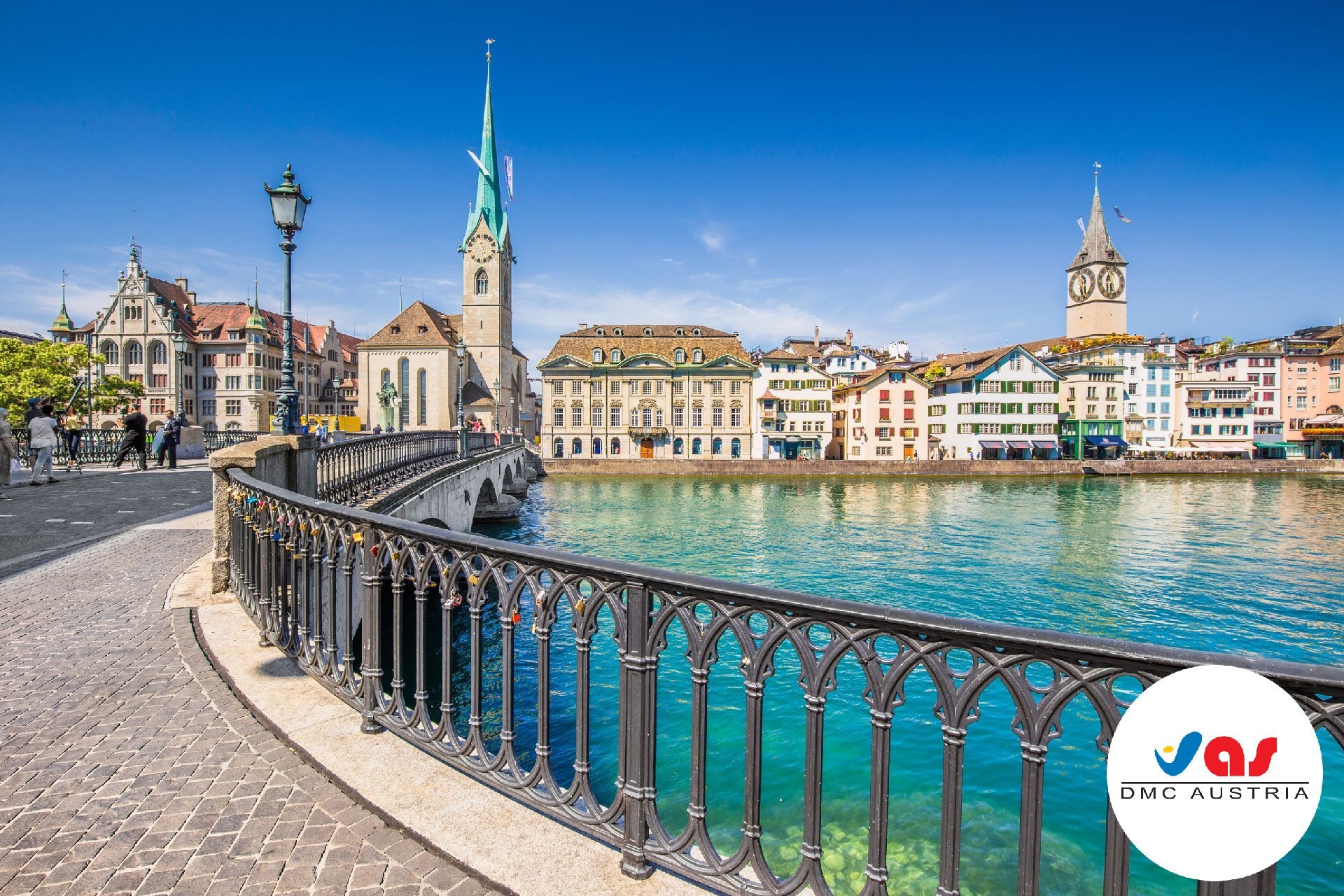 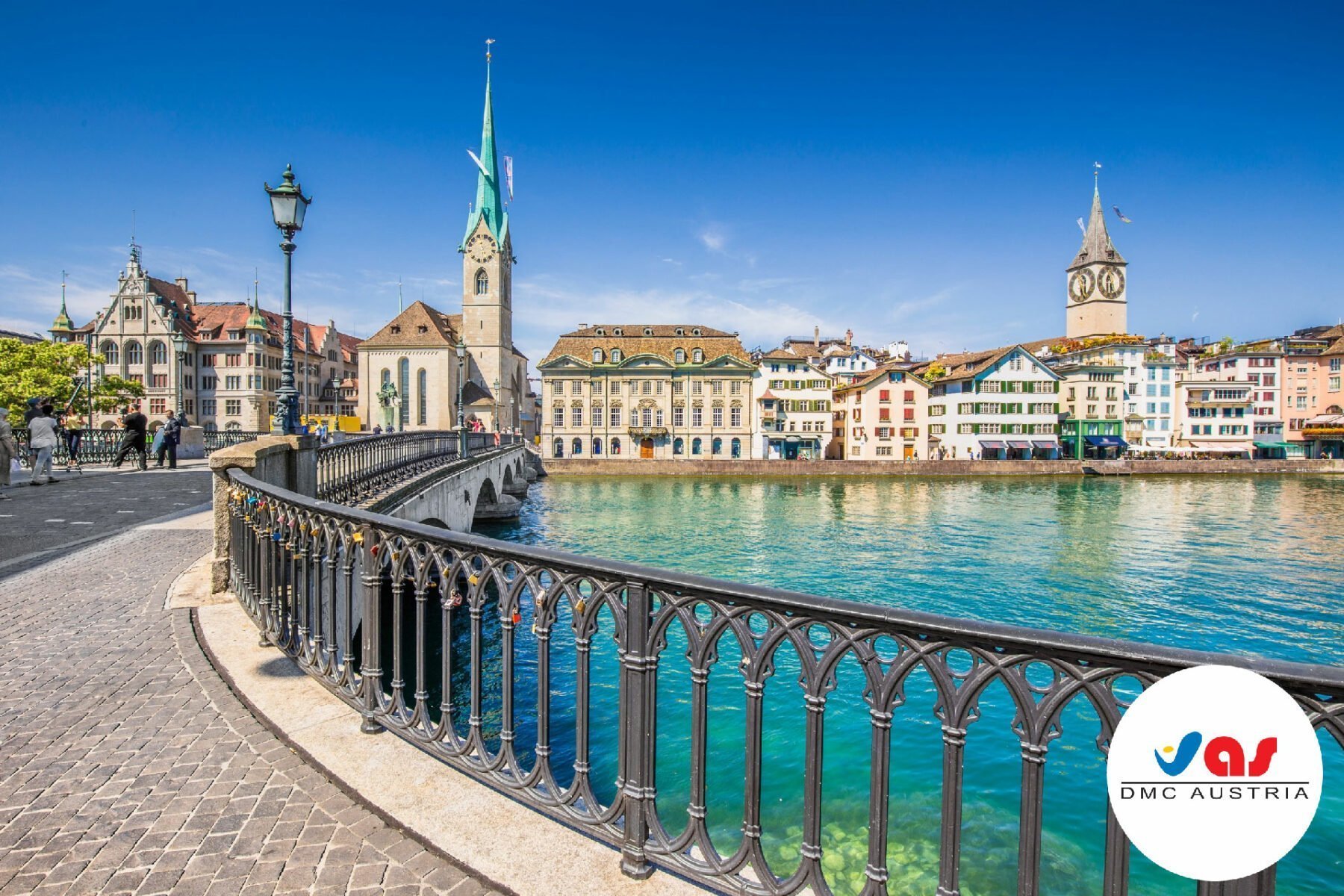 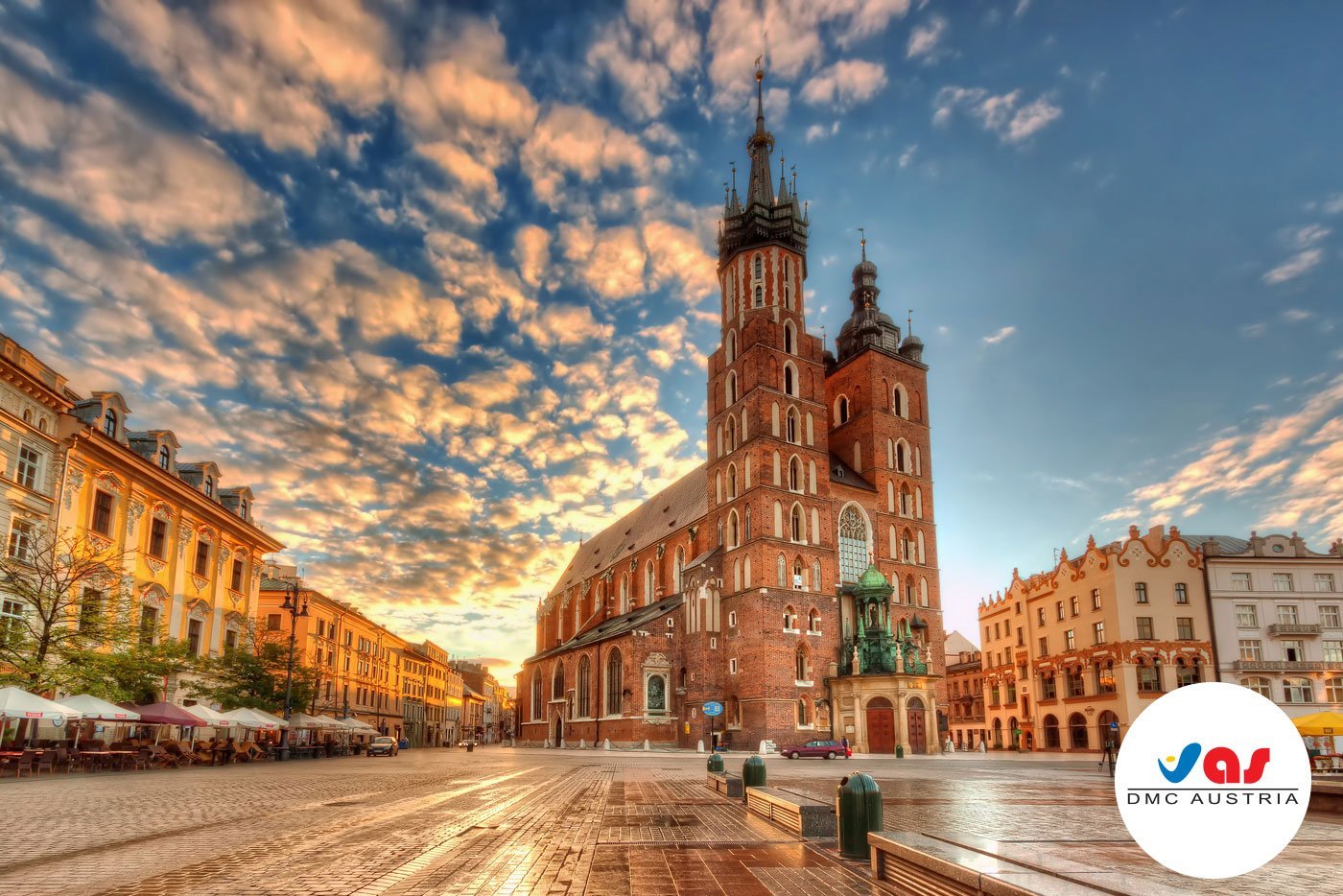 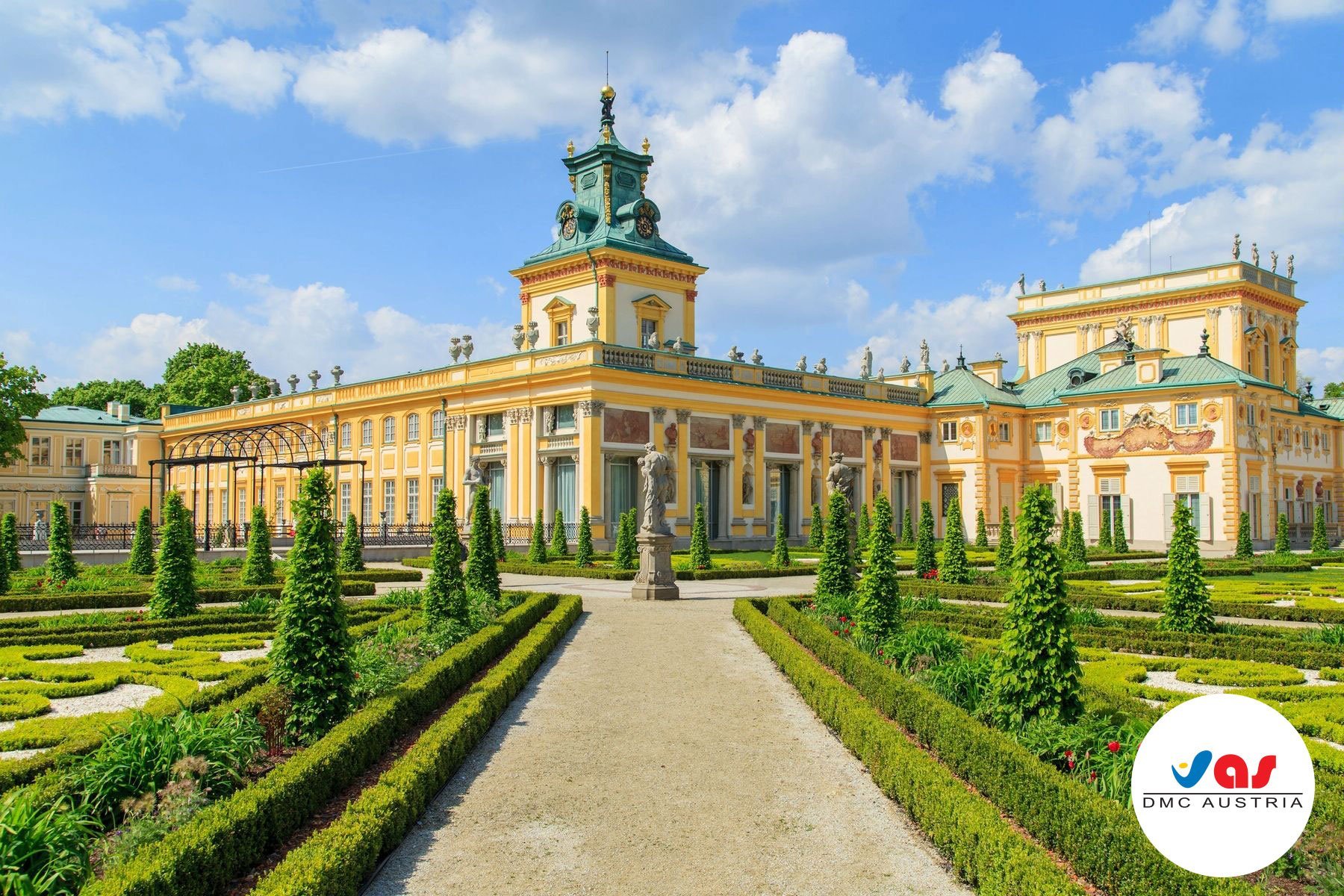 Arrival at Zürich airport and transfer to the hotel. Overnight stay.

After breakfast we will go on a panoramic tour of the city with a walking tour through the historic center admiring the Grossmünster Cathedral, the Le Corbusier Center, the Lindenhof and the Carolingian Imperial Palace.
Then we follow to Schaffhausen to see the magnificent waterfalls of the Rhine
River. Return to the city and free afternoon. Overnight stay.

Breakfast and departure to Lake Titisee, of glacial origin and with a surface of 1,3km².  Arrival in Freiburg,whose historic center is divided by small water channels,  popularly called”Bächle” (stream in German) , which main highlights are the Gothiccathedral, the old town hall of the sixteenth century and the University.  Continuation to Baden Baden, in the heart of the Black Forest. Overnight stay.

Today we depart to Heidelberg, a city that houses one of the main and oldest universities in the country, with a medieval historic center with narrow streets dominated by the ruins of the castle. Visit of the castle with a funicular return trip.

Afterwards we continue to Rothenburg, in the heart of the Romantic Road.
Scenery of tales and legends, Rothenburg retains its layout and buildings of medieval times, highlighting the Town Hall Square and the Church of St. James.
Free time to enjoy its Christmas decorations stores and taste its “Snowballs” (sweet crunchy pastry in the shape of a ball and covered with sugar. Other versions contain cinnamon or chocolate).  Arrival in Nürnberg and overnight.

We will start the day with a city tour through this city full of history. Nürnberg was a leading center for the study of Humanism, as well as in the field of printing and science and mechanical inventions. Admire the historic center surrounded by the city walls, with its medieval castle, the church of St. Lawrence, the Hospital of the Holy Spirit and the old town hall.   Free afternoon and overnight.

Today we go ahead our tour to Leipzig, traditional center of commerce in Europe, which stands out for the musical legacy of great composers such as Johann Sebastian Bach, Richard Wagner and Felix Mendelssohn, who lived and worked here. The children’s choirs of St. Thomas and the Gewandhauschor Leipzi ground off the  musical offer and the renown of the city. In its historic center we will visit the Church of St. Thomas, the Church of St. Nicholas, the Great Synagogue, the Augustus Square, the Opera House and the old Town Hall, inRenaissance style. Continuation to Dresden. Arrival and accommodation.

After breakfast we will enjoy a tour of this beautiful city, whose symbol is the Church of Our Lady, destroyed during the bombings of the 2nd World War and faithfully rebuilt, stone by stone, from 1994 to 2005. Discover the Semper Opera, the Zwinger Palace, the Imperial Church or the more modern buildings such as the New Synagogue, the Transparent Factory or the Parliament of the State of Saxony.  In the afternoonNwe continue to Berlin. Accommodation.

This morning we will discover the capital of Germany. Divided by the “Iron Curtain” during the second part of the 20th century, it had to learn again to be a city after the fall of the wall in November 1989. During the tour we will see the Parliament, the Museum Island, St. Hedwig’s Cathedral, the Nicholas district, the Holocaust Memorial and the Potsdam Square. We will cross to the west to discover the Kurfürstendamm Avenue with its elegant and aristocratic buildings, the Emperor Wilhelm Memorial Church and the KaDeWe building, the first shopping mall in Europe that opened its doors in the early 20th century.  Afternoon at leisure and overnight.

We continue our trip to Poland. Our first stop will be in Poznan, an important cultural and business center of the country. The old center concentrates most of the historic buildings and areas, such as the Town Hall on the Old Market Square, the imperial castle which now houses one of the first theatrical institutions of the city, the Raczynski Library, the Cathedral or the Church of the Virgin St. Mary.             Free afternoon and overnight.

We depart today to Wroclaw, also known as “The Venice of the North”. Exceptional city located on the banks of the Oder River, with a university tradition and full of life.  The rich history of the city is reflected in its architecture, especially in buildings such as the Cathedral, the Town Hall, the “Rynek” (main market square) and the Centennial Hall.  Free afternoon and overnight.

Leaving Wroclaw we continue to Krakow, historical capital of the country and currently the second most important city after Warsaw. On the way we will visit the Auschwitz concentration camp, a must-see historical site. Arrival in Krakow and accommodation.

In the morning we will discover this wonderful city with a panoramic tour through the historic center, the Wawel Castle and the Rynek Glowny, the largest market square in Europe. We will be thrilled in the Jewish Quarter, where up to 3 million people lived before World War II and where only 10,000 inhabitants returned after the war. Today the Jewish community has regained its cultural identity and life in the quarter again.  Free afternoon. Optionally we suggest you to enjoy a visit to the salt mines of Wieliczka.

After breakfast, we go ahead to Czestochowa, the spiritual center of the country and one of the main pilgrimage sites in Europe. We will visit the Jasna Gora Sanctuary, including the chapel and the basilica, where we will see the Black Madonna, the largest Catholic image venerated in Poland and where the Virgin Mary was declared Queen of Poland in 1657.  We continue to Warsaw, the capital of Poland.

Breakfast and departure for a city tour. The historic center is the only recognized as such on the UNESCO World Heritage List despite having been completely rebuilt in the years after the war.  A great deal of precision work has given Warsaw back its medieval architectural center, the main points of which are the Market Square, the ramparts, barbican and St. John’s Cathedral. A bus ride will show us the most modern part of the city, the Wilanow Palace and Lazienski Park.  Free afternoon and overnight.