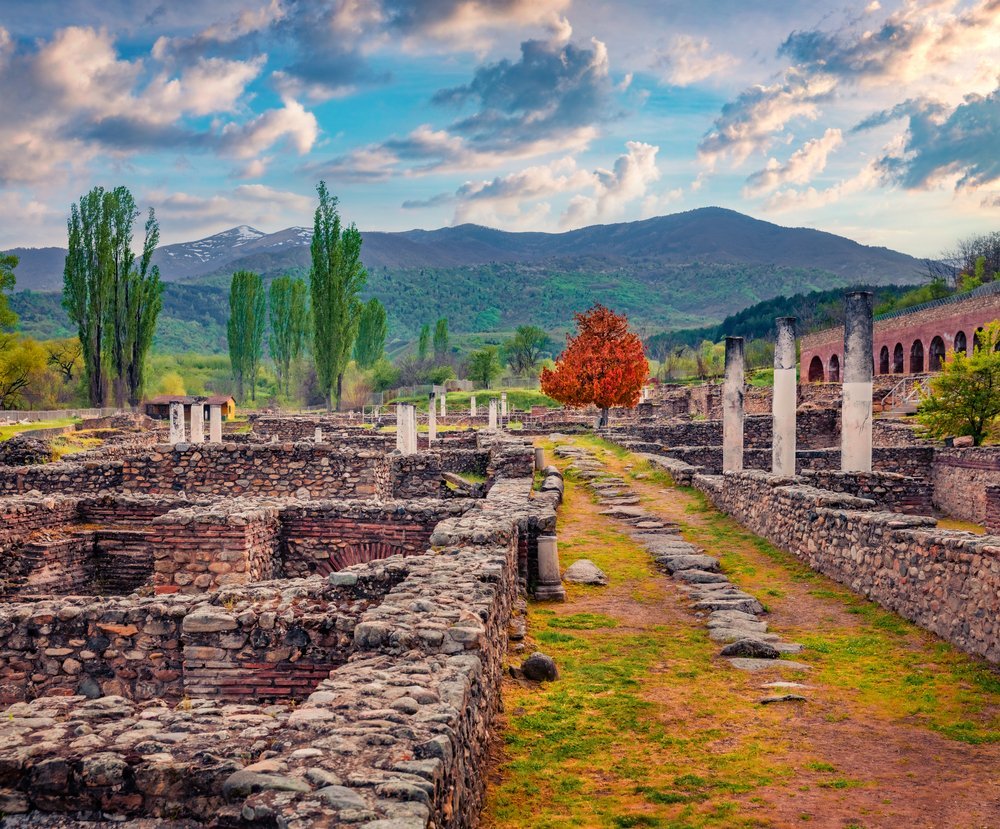 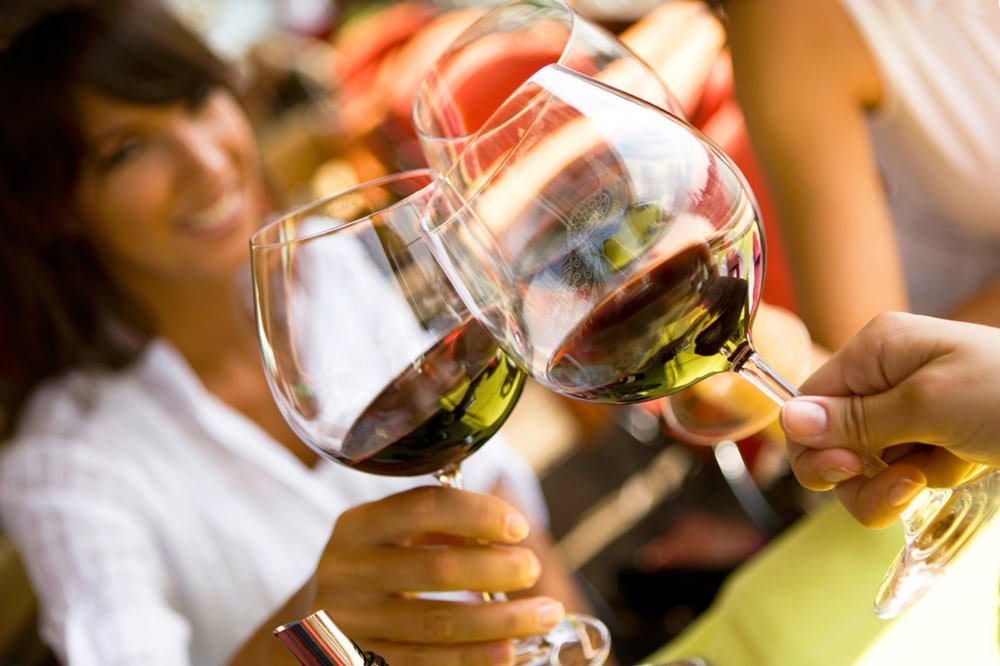 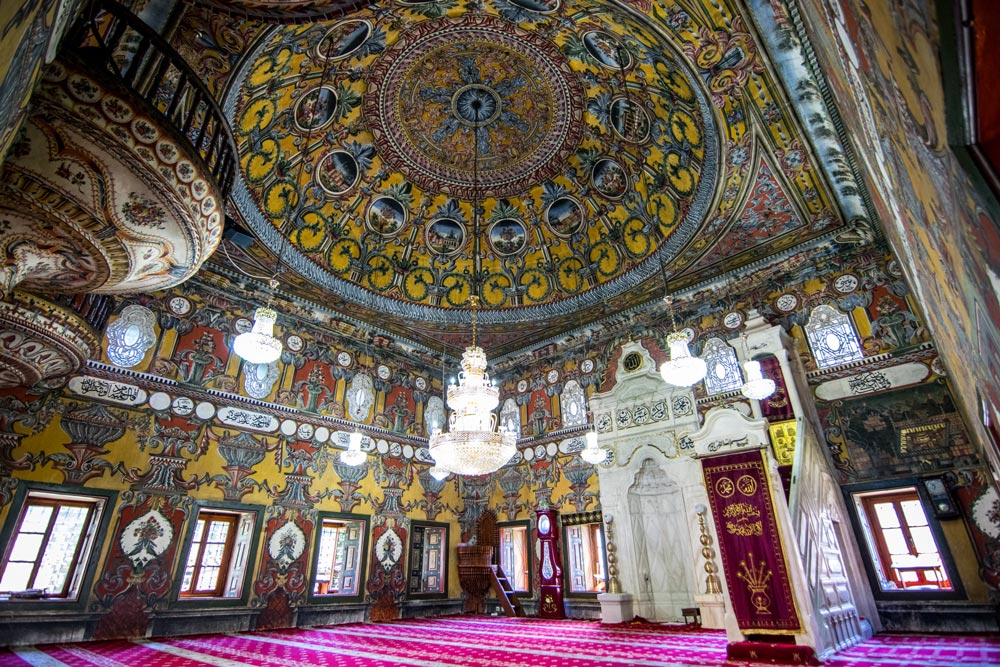 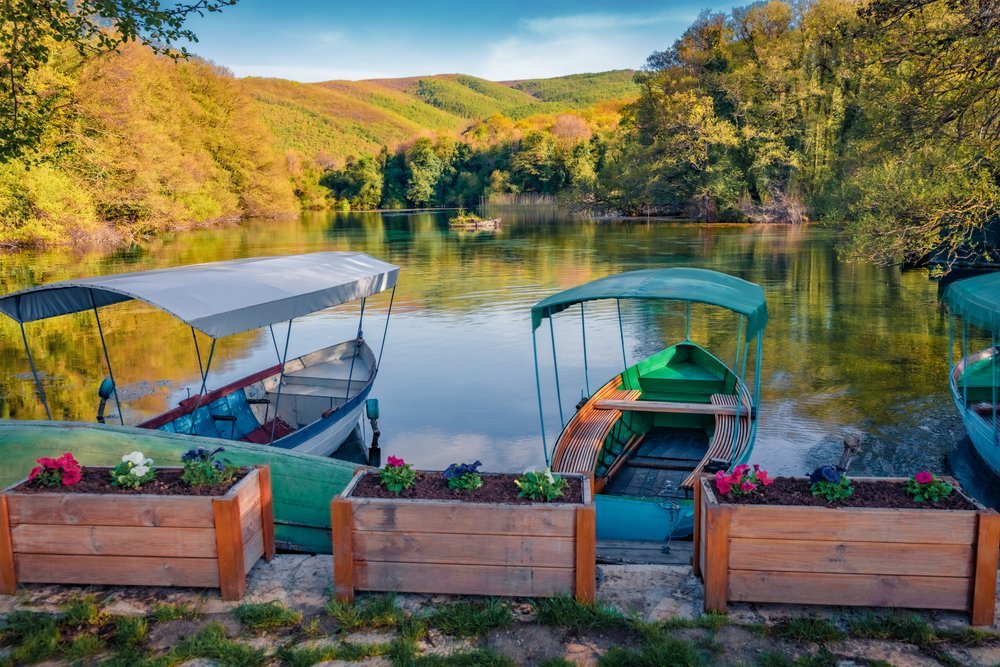 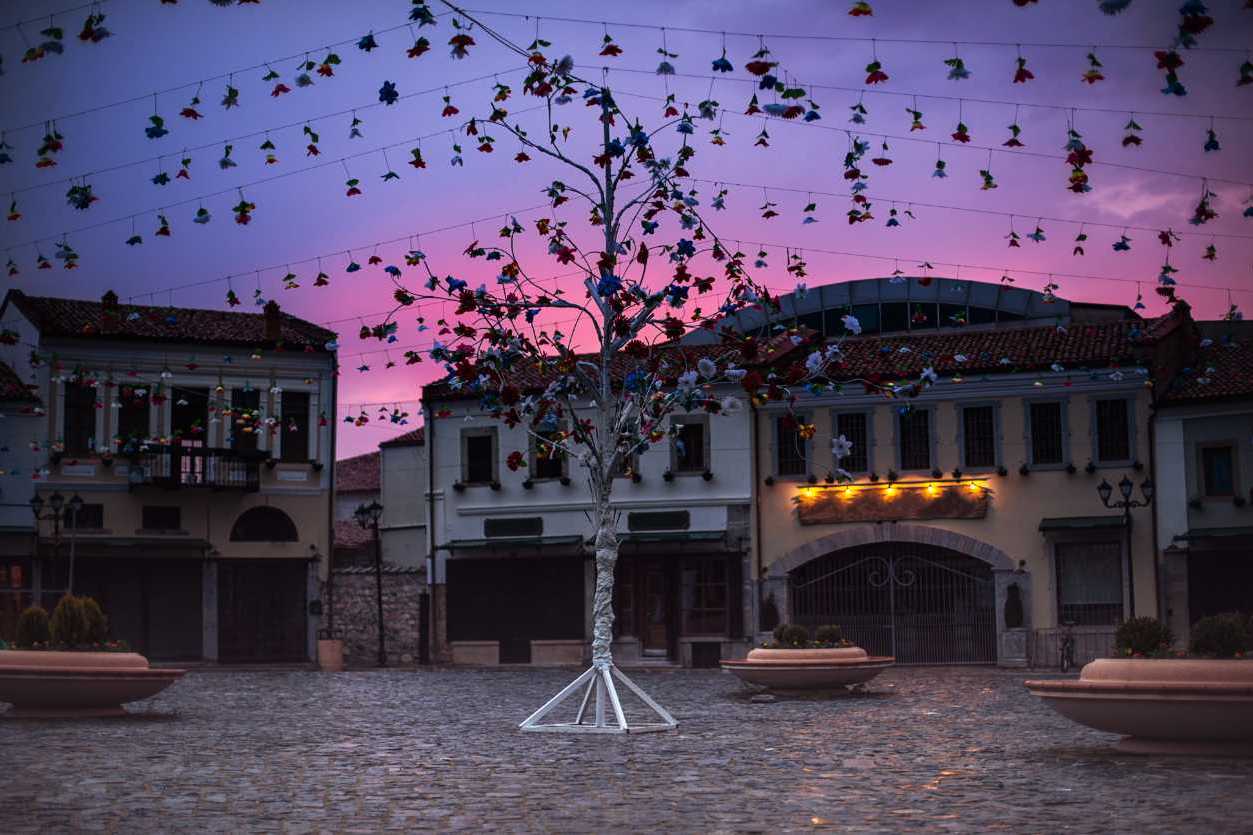 Today, after breakfast, we’ll start the panoramic city tour of Skopje, a city in the west where you can find the signs of East as it was under the rule of Ottoman Empire for a long time. The city lies in the heart of the Balkan Peninsula and you will notice a contrast between the old ottoman town and the modern city. Skopje represents Macedonia’s major political, economic, educational and cultural center. The tour will highlight the Old Town, the narrow streets in the Old Bazaar, the Memorial House of Mother Teresa and the beautiful quay of the Macedonian River, “Vardar”, an exciting tourist destination.

The church is one of the oldest and most impressive monuments of culture, built and painted in 1164, under the patronage of the Byzantine Prince Alexios Komnenos whose name is made immortal by being carved in marble, right above the entrance in the church. It was dedicated to Saint Panteleimon, the protector of health.

Today after our breakfast, we’ll depart to Pristina/Kosovo (Please note: Border procedures between North Macedonia & Kosovo. The Guest are kindly asked to keep their passports handy)

Along the main boulevard you can feel a palpable energy from the wide mix of amiable, welcoming locals and international residents enjoying the bustling street life and vibrant coffee culture that exists during the day

After the time for refreshments, we’ll proceed our drive to Gracanica Monastery (20min)

Visit Gracanica Monastery, one of King Milutin’s last monumental endowments, situated in the village of Gracanica, near Pristina, and constructed on the ruins of an older 13th-century church of the Theotokos, which was built on the ruins of a 6th-century early Christian three-naved basilica.

Lunch at an ethno house restaurant, known for its authentic homemade cuisine

Drive back to Skopje; Free time by your own

Today, we’ll check out of the hotel and drive to Tetovo

We’ll continue our drive to Mavrovo National Park, which offers the highest mountain peaks in Macedonia and provide magnificent visual landscapes, but they also prove to be the best skiing terrains on the Balkans. Lake Mavrovo located just beneath the ski center makes the National Park of Mavrovo a popular weekend resort all year round.

Visit of Monastery St. Jovan Bigorski. While relatively new, St. Jovan was constructed over the remains of an older church dating from 1021. Since the monastery is dedicated to St. Jovan the Baptist, worshippers believe that icons with his image are blessed with a miraculous healing power

Lunch at a local restaurant and proceed driving to Ohrid

After breakfast, start the panoramic walking tour of Ohrid Old Town (UNESCO heritage site), city of light with rich cultural and historical heritage in which a lot of civilizations left their own mark. Welcome to the magical place where on an amazing way the cultural and natural heritage are

mixed along with the hospitality, city for which many world searchers of beauty use to call this city – Macedonian part of paradise. The highlight of the Ohrid tour include Church of St. Sophia, St.Bogorodica Perivlepta, Old Bazaar and Antique Theatre

After the tour, free time for shopping “Pearls of Ohrid” and time for lunch at a local restaurant

After breakfast, check out from the hotel and we’ll drive back to Albania, with stop en route to St. Naum Monastery.

Visit to a monastic complex, known for its rich history of orthodox religion, some of the painting achievements and wood carving, displayed within the church of St. Naum, a priest and scholar with a famous legacy.

Upon arrival, start with the visit of Korca, known as “little Paris”. Korce became an important trading and handicraft center in the 18th century due to the development of trade with neighboring regions. It has been an important religious center for Orthodox Christians and Muslims for centuries. We’ll visit the Orthodox Cathedral; Mirahori Mosque, and Museum of Medieval Art.

Free time in the bazar and time for lunch between visits

Drive back to Ohrid

Breakfast at the hotel and check out. This morning we’ll head to Bitola. Visit of Heraclea Lyncestis. Famous for its dazzling mosaics, ancient theater and Roman baths, Heraclea is the most vividly preserved city from the Ancient Macedonian Empire surviving in the country.

Free time and enjoy a nice walk in Sirok Sokak, the famous walking street of Bitola

We’ll continue our drive to Skopje, with stop en route to Stobi Winery.

Wine Tour & Testing. Let our expert guides introduce you to the basics of wine technology, as well as the vine growing and wine drinking tradition from this area. Find out more about the local wine culture while enjoying the culinary masterpieces of our chefs, always ready to surprise you with traditional Macedonian delicacies or specials from the international cuisine, and then leave Stobi richer for the epicurean experience.

Continue driving to Skopje and free time by your own

Dinner and accommodation in Skopje

Today, after breakfast, we’ll check out of the hotel and transfer to the airport for your flight departure back home

End of our Service

Enjoy the untouched natural treasure of North Macedonia, with unchanged traditions and a warm and generous personality