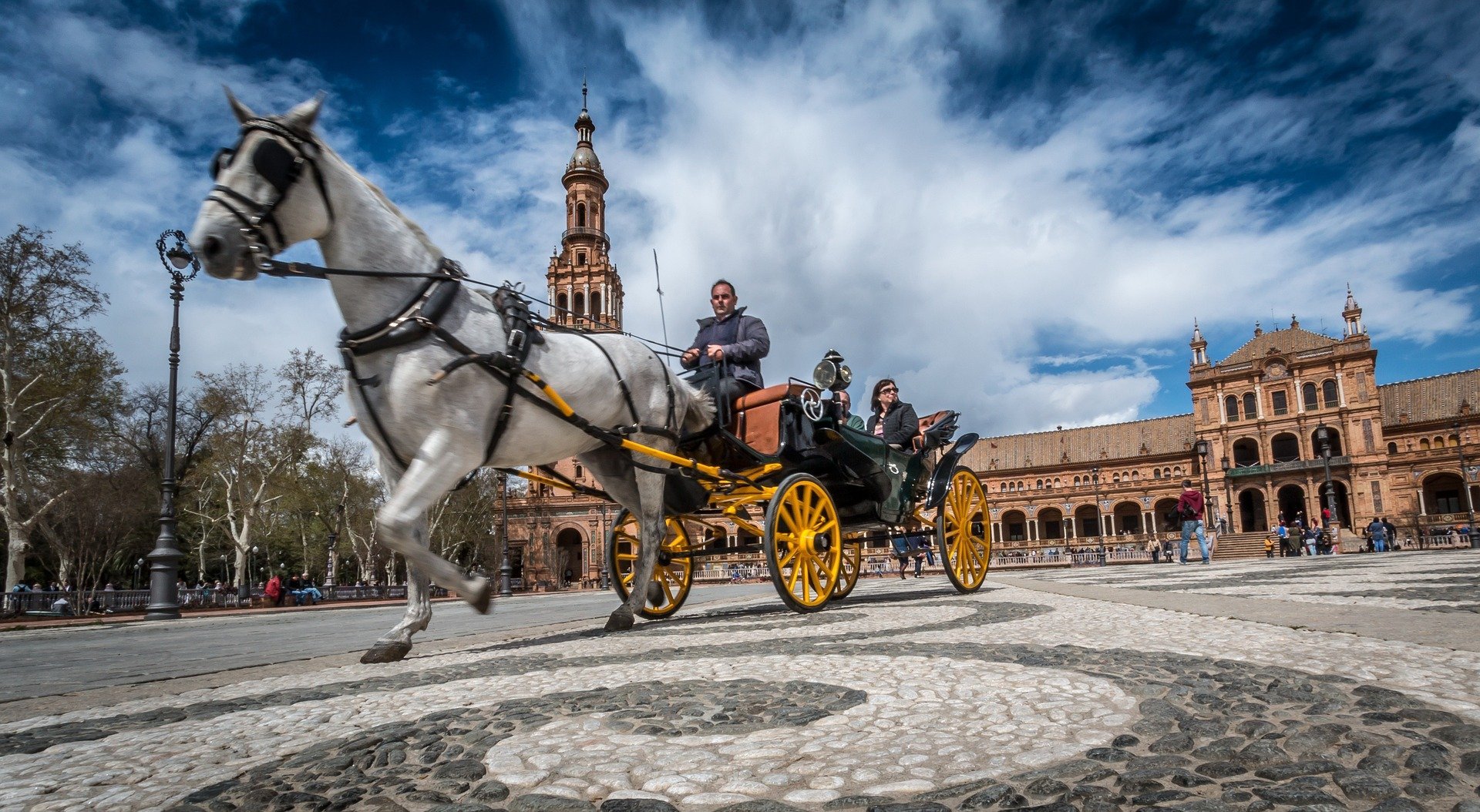 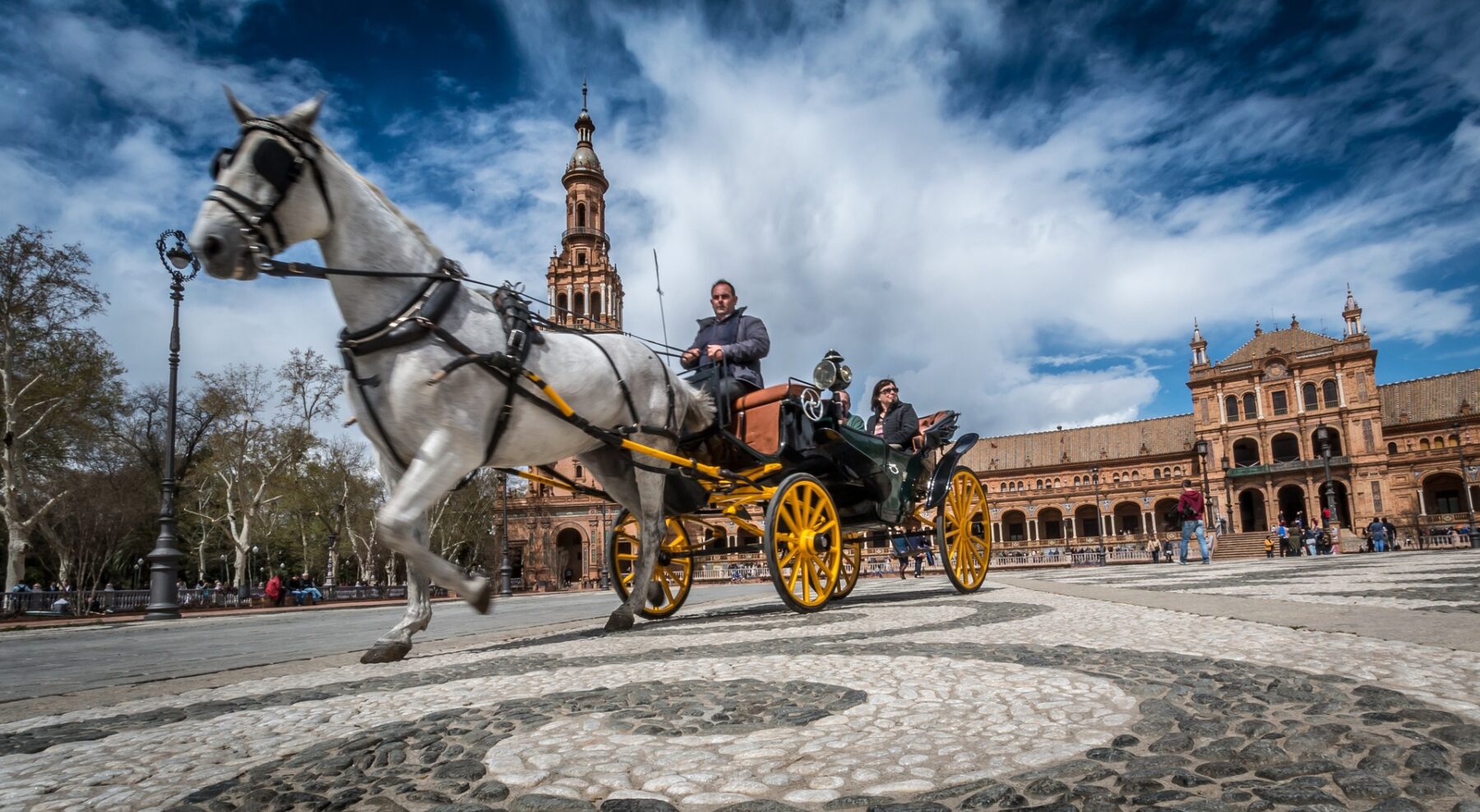 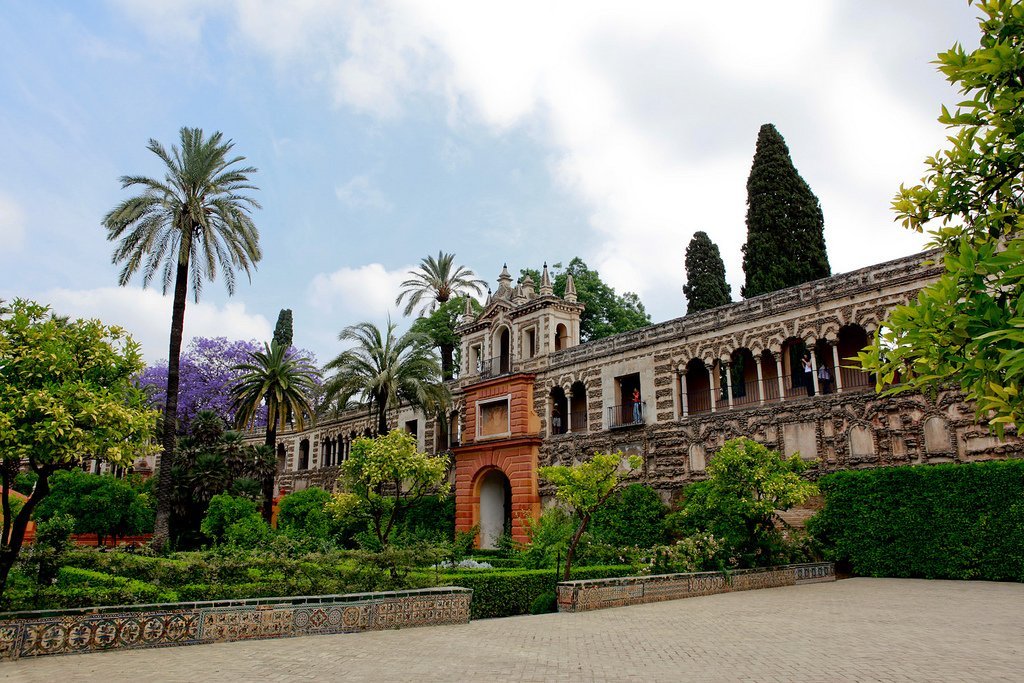 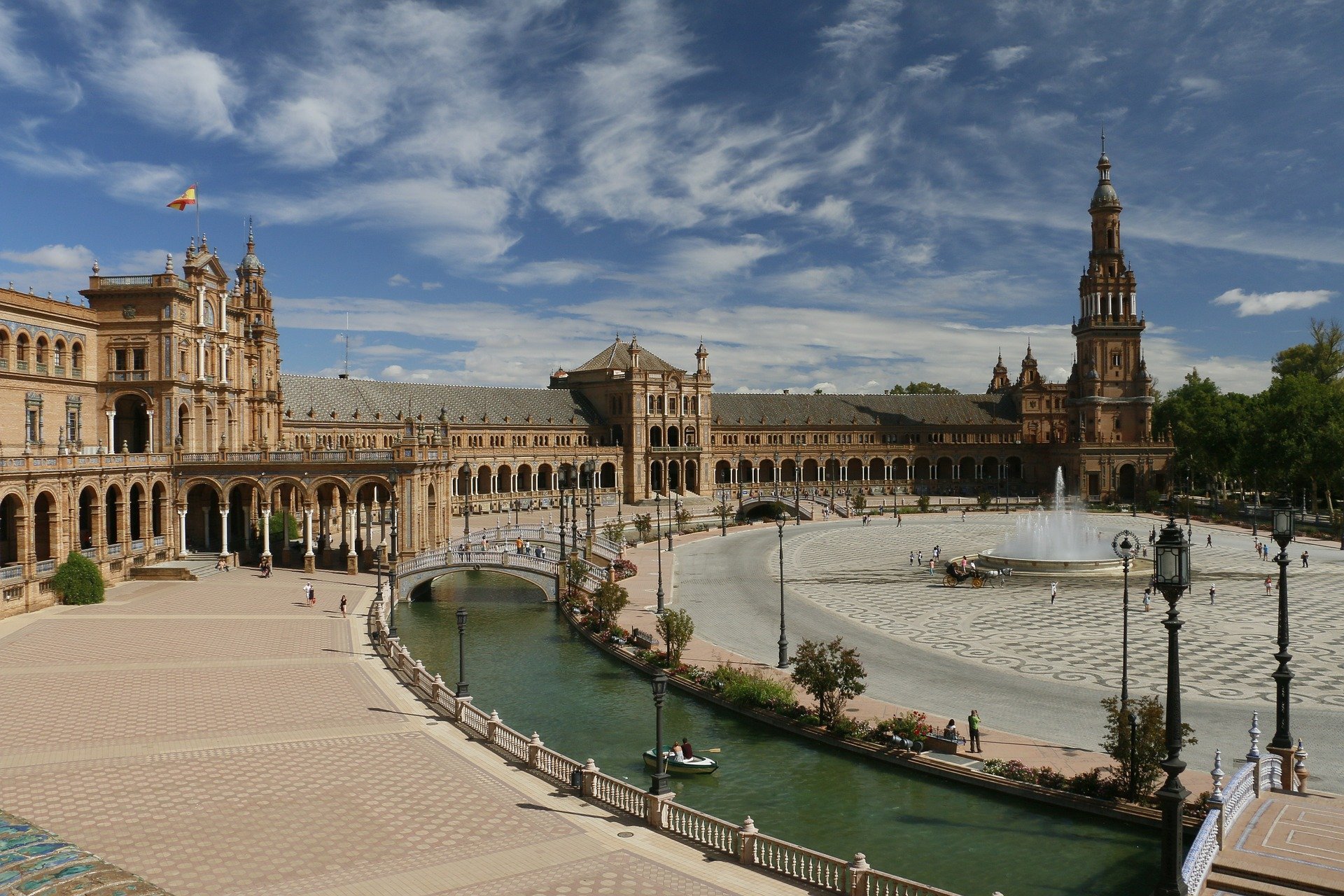 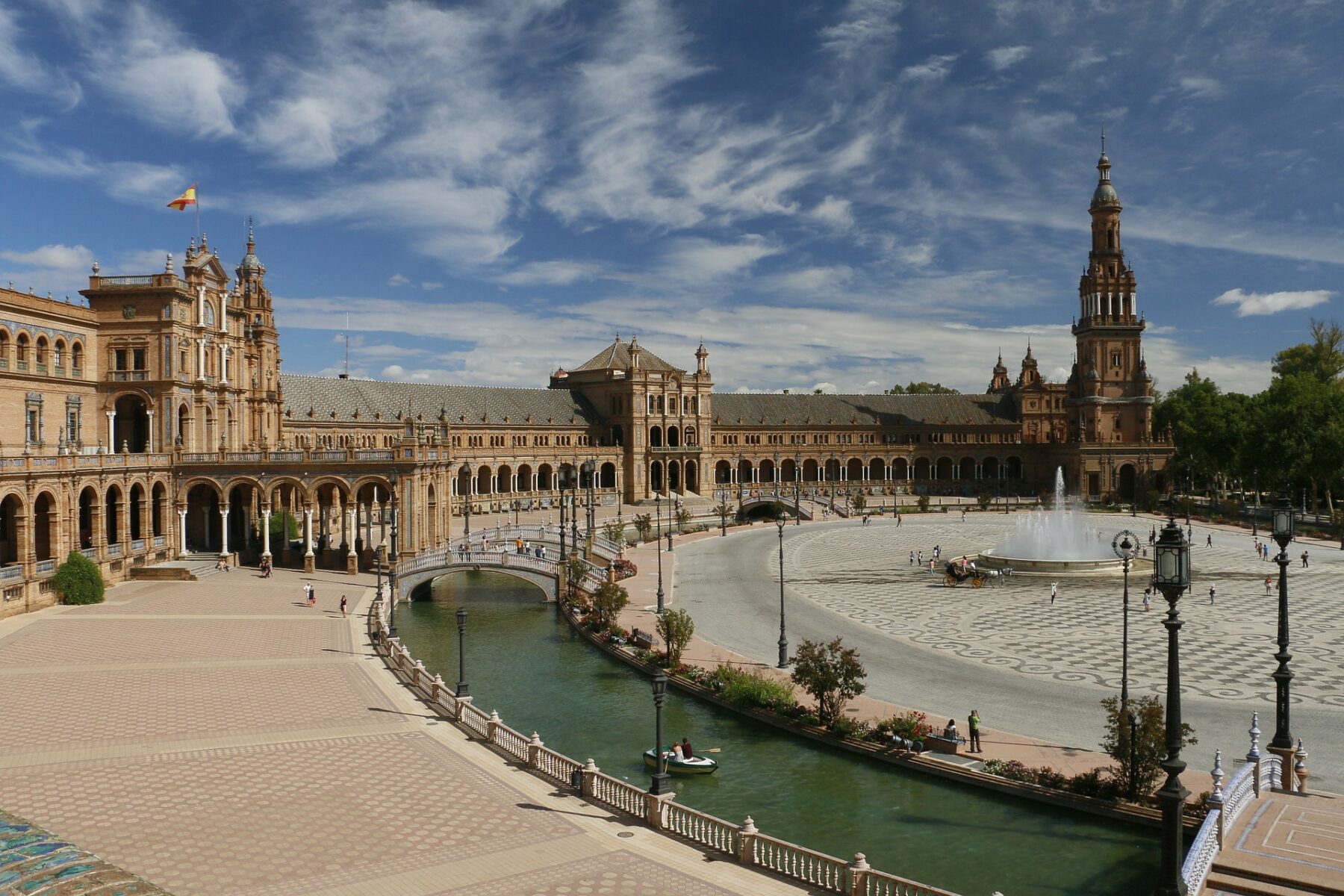 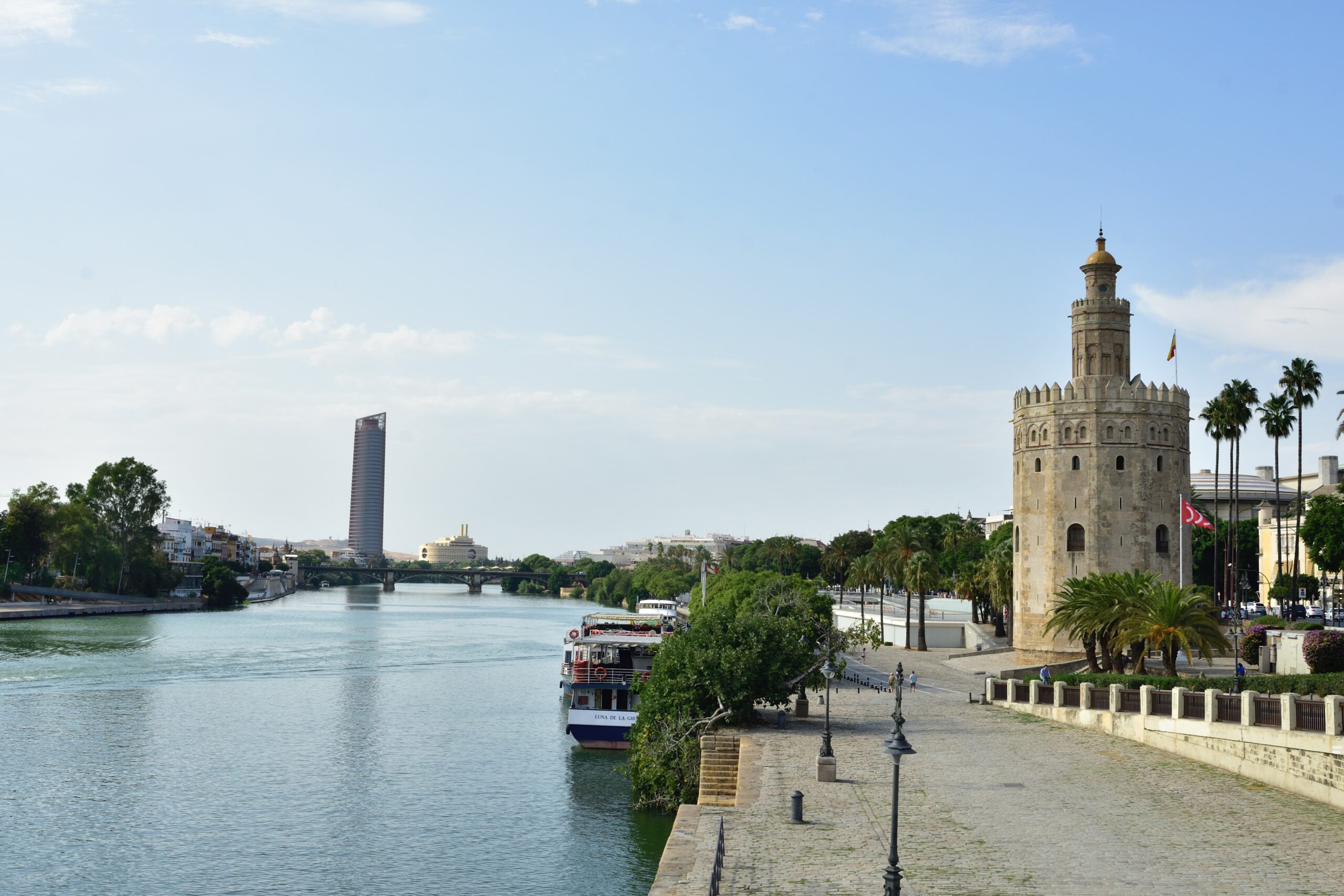 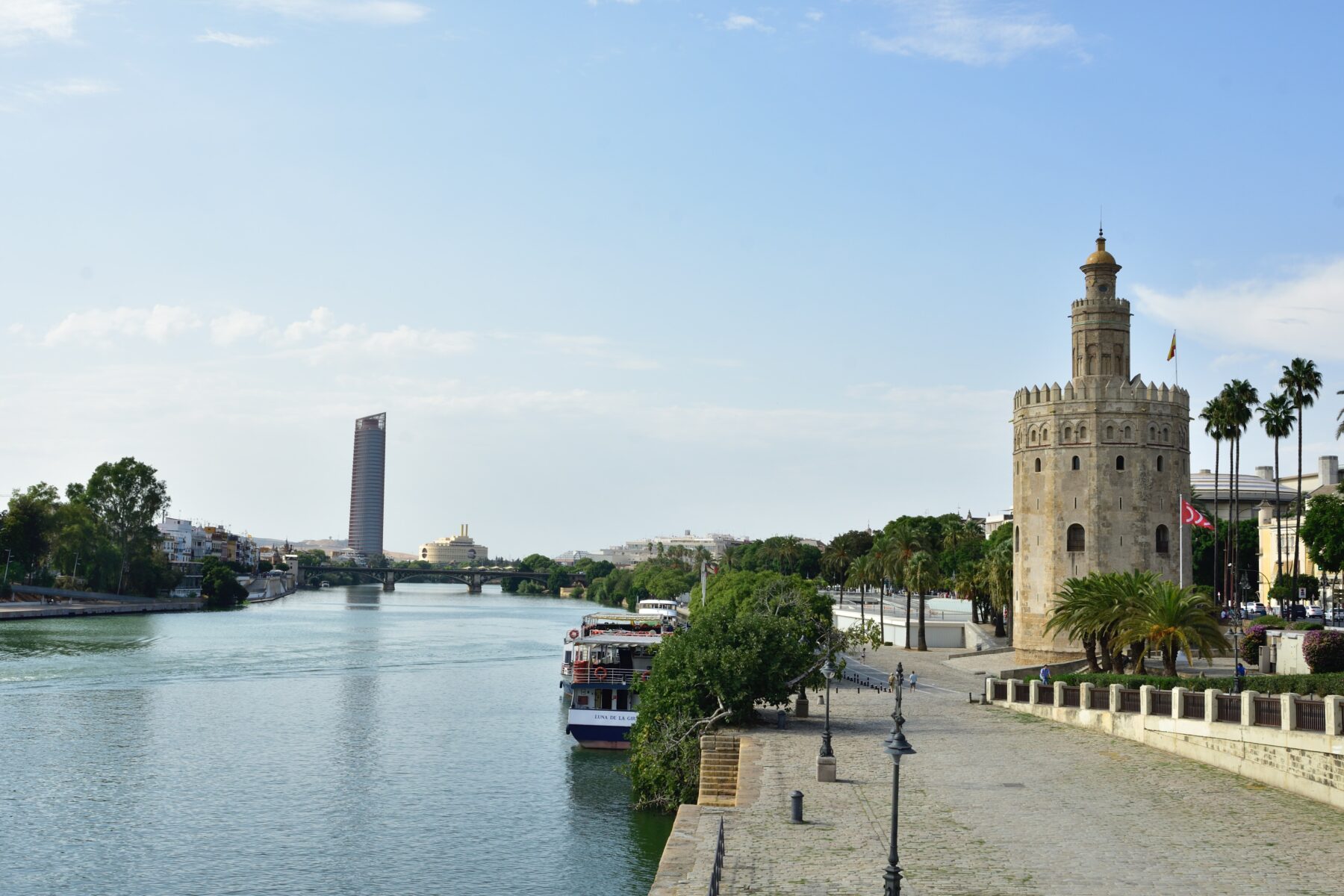 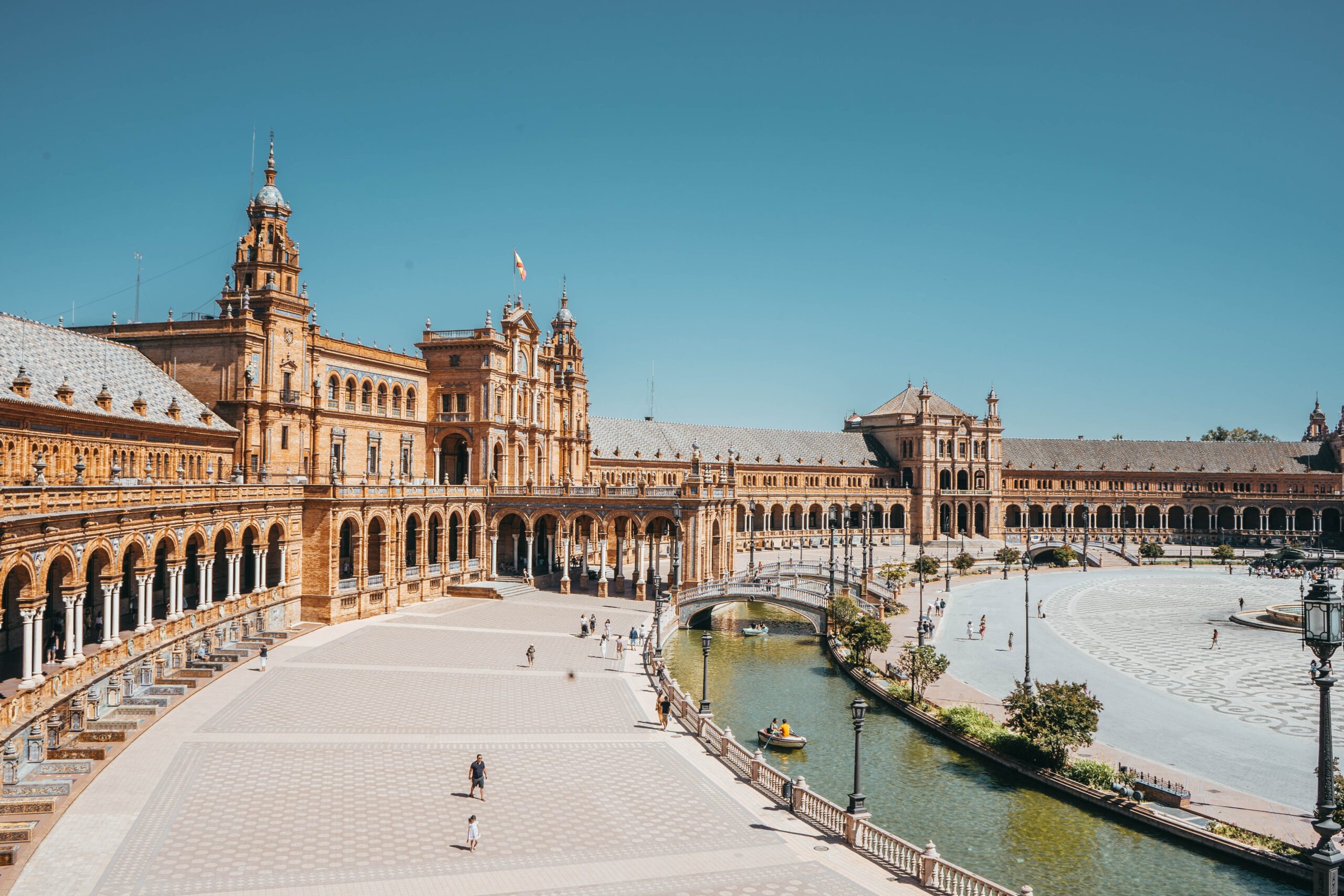 Visit the city and its main streets, avenues and monuments.

You will see the Park of María Luisa. In its interior, there are several commemorative buildings of the Latin-American Exhibition of 1929 where the semicircular Square of Spain stands out.

You will then go to the Gardens of Murillo from where you begin the journey on foot through the Quarter of Santa Cruz that used to be the Jewish Quarter during the Middle Ages and today has become the quarter with the most typical character with its narrow streets, white houses, flowering patios and small squares with palms and orange trees. The most significant square is the Doña Elvira.

At the end of this quarter, you will find the Royal Alcazar or Fortress in whose interior the Palace of Pedro the Cruel stands out. In front of this fortress, one can find the Cathedral, the third largest one of Gothic style in the world with Renaissance influences and in whose interior you can admire the gigantic Altarpiece of the Main Chapel.
Close to the Alcazar and the Cathedral one can find the Archivo de Indias. These
three buildings have been declared World Heritage Sites by the UNESCO.

Next to the Cathedral, the Giralda is an old mosque with a minaret 98 meters high. From there, you will go towards the river Guadalquivir, seeing the Tower of Gold
and the most emblematic bullring of the country that is “The Real Maestranza”.

Enjoy a 3-nights stay in the capital of Andalusia that offer both culture and amusement.