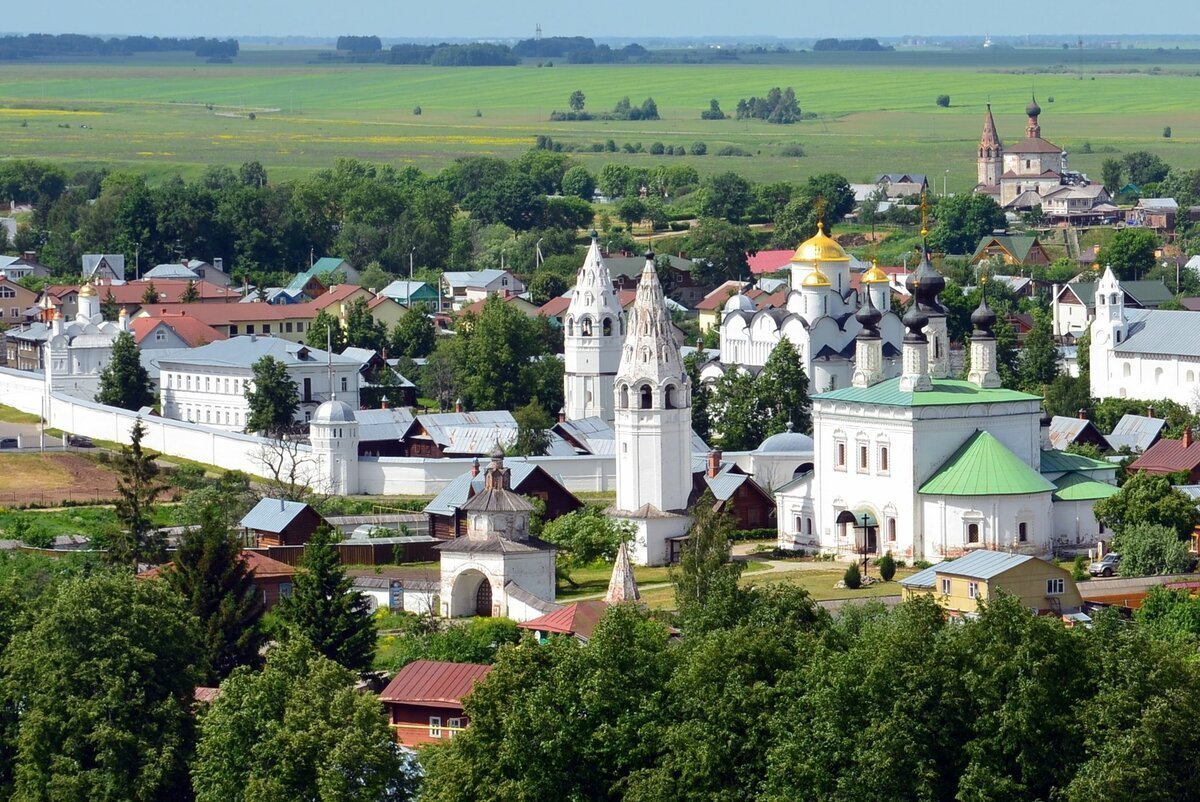 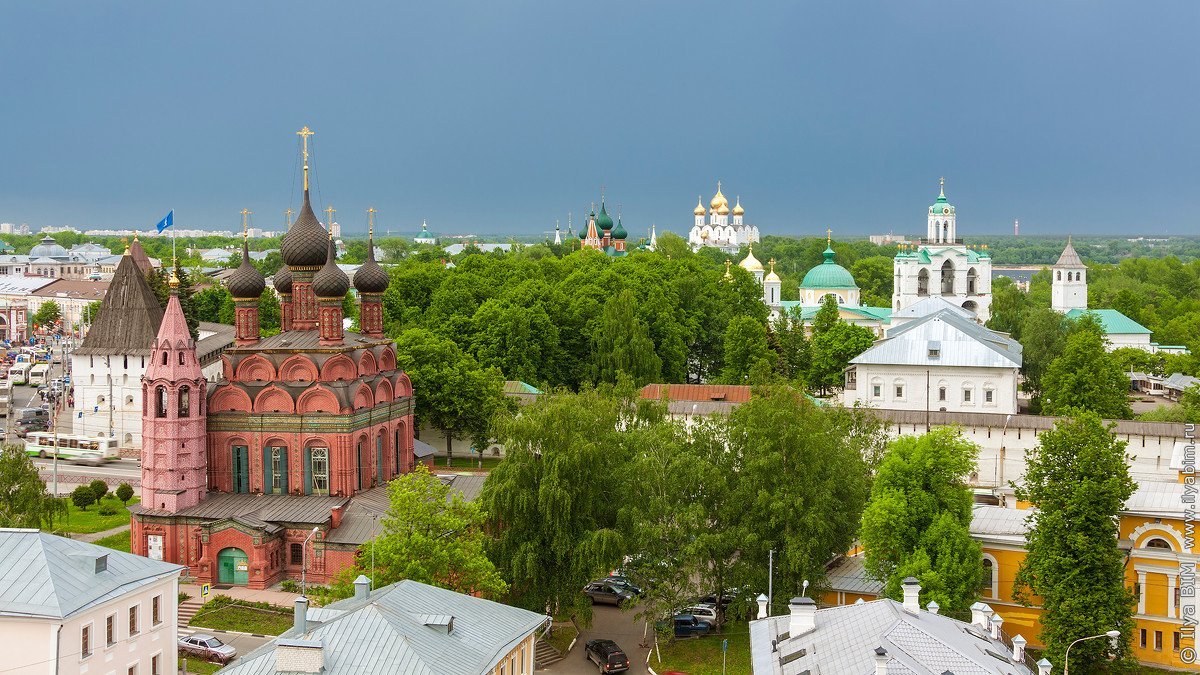 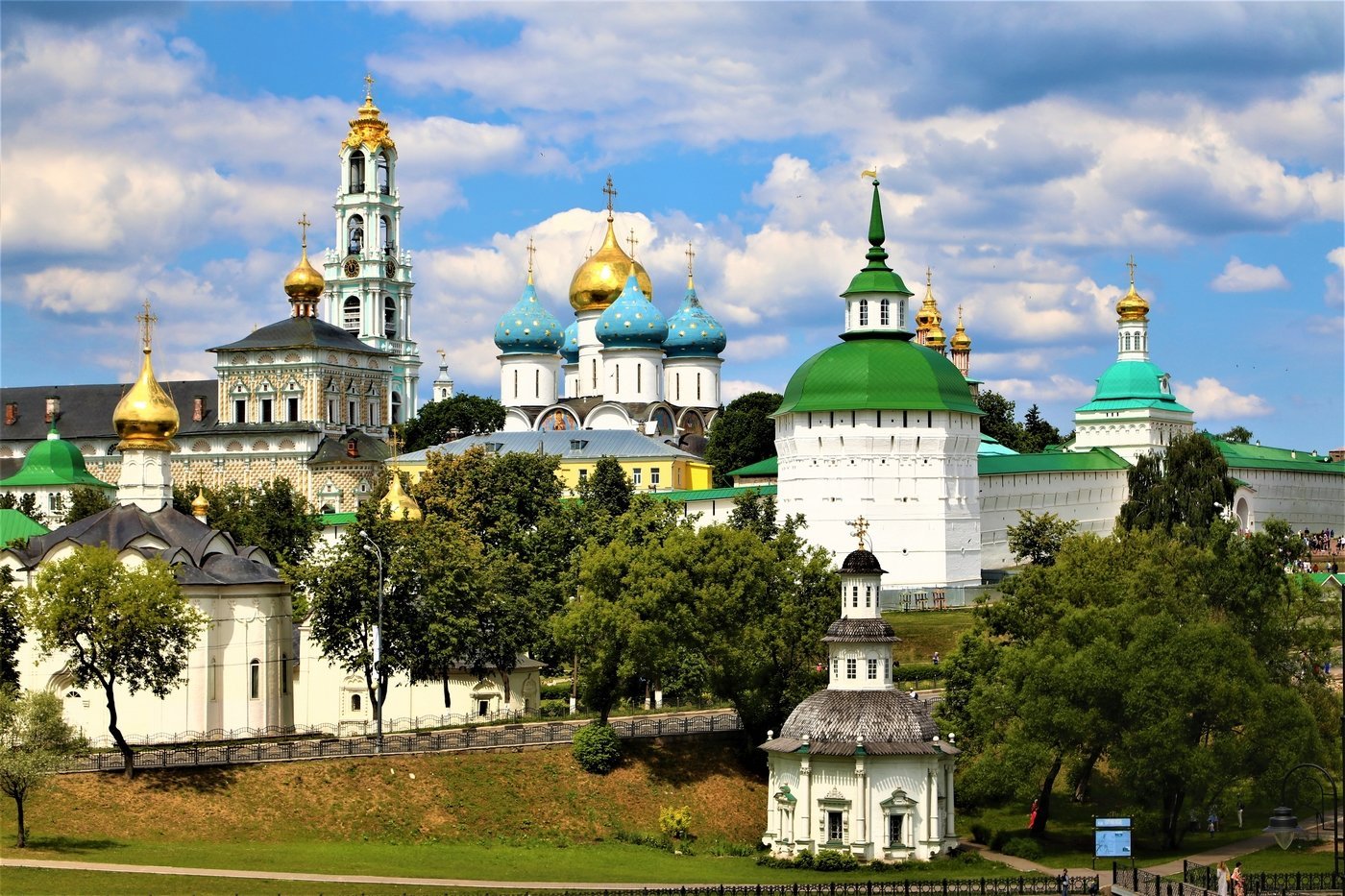 Meet your guide in the lobby of your hotel.

Departure to Sergiev Posad – an ancient town, located in 70 km from Moscow. The town is known for its main attraction – the Trinity-Sergius

Lavra, which is included in the UNESCO World Heritage List.

Excursion to the Holy Trinity St. Sergius Lavra with a visit to the churches of the Assumption, Dukhovskoy, Refectory. Lunch in a restaurant (extra charge).

Transfer to Suzdal – a city-museum. Such number of monuments of the Russian history , as well as ancient buildings preserved in their original form, unique churches and objects of wooden architecture, are nowhere else. There is not any industrial enterprise in Suzdal, which makes it an environmentally friendly place. Most of the buildings in Suzdal are included in the UNESCO World Heritage List. The ancient city also served as a filming location for many films.

City tour of Suzdal. Tourists will see the architecture of the majestic Suzdal Kremlin, the construction of which began in the 10th century! Tourists will also enjoy the stunning Nativity Cathedral and St.Euthymius Monastery, founded in 1350. Visit to the Museum of Wooden Architecture and photo-stop near Pokrovsky Monastery.

Lunch in a restaurant (extra charge). Free time without guide.

Morning transfer to Yaroslavl – the capital of the Golden Ring of Russia.

Lunch in a restaurant (extra charge).

Sightseeing tour: Volzhskaya embankment, the oldest part – the Volga and Kotorosl’ spit, a monument to Yaroslav the Wise – the founder of the city. Visit to the private museum “Music and Time”. The museum presents a collection of ancient musical instruments and mechanisms (gramophones, harmoniums, music boxes, hurdy-gurdy), clocks (wall, table, floor, fireplace, carriage), bells, irons, gold-phonograph icons. A special feature of the museum is that all the exhibits are in working condition: you can hear the chiming of an old clock, and the sounds of musical instruments. Visitors are given the opportunity to touch the exhibits, take free photos.

Accommodation in a hotel. Free time without guide.

Morning transfer to Rostov Velikiy. This cozy town, where unique historical and architectural monuments of the past centuries are located on a small square (the length of the city is only 6 km). The city is also famous for its crafts, the most famous is “finift`” (enamel).

Visit to Rostov Kremlin – the former residence of the Metropolitan of the Rostov diocese. Inspection of the architectural ensemble of the Kremlin, visit to the Museum of Enamels.

Lunch in a restaurant (extra charge). Transfer to Moscow.

On the way to Moscow – a 1-hour stop in Pereslavl-Zalessky for a photo-stop of the Red square and Pleshcheevo Lake. Arrival to Moscow around 20:30 – 21:00.

*It is recommended to book a hotel in Moscow for one night before and after the Golden Ring program.

THE GOLDEN RING OF RUSSIA • 4 days

Sergiev Posad – Suzdal – Yaroslavl – Rostov Velikiy
The Golden Ring is a symbolic ring of Russian towns, which has become a classic tourist itinerary in Russia. Russian history has been captured in the unique appearance of the towns and architectural ensembles of Russian churches and monasteries, and the route of these tours has become not just the goal of idle trips for a weekend break.