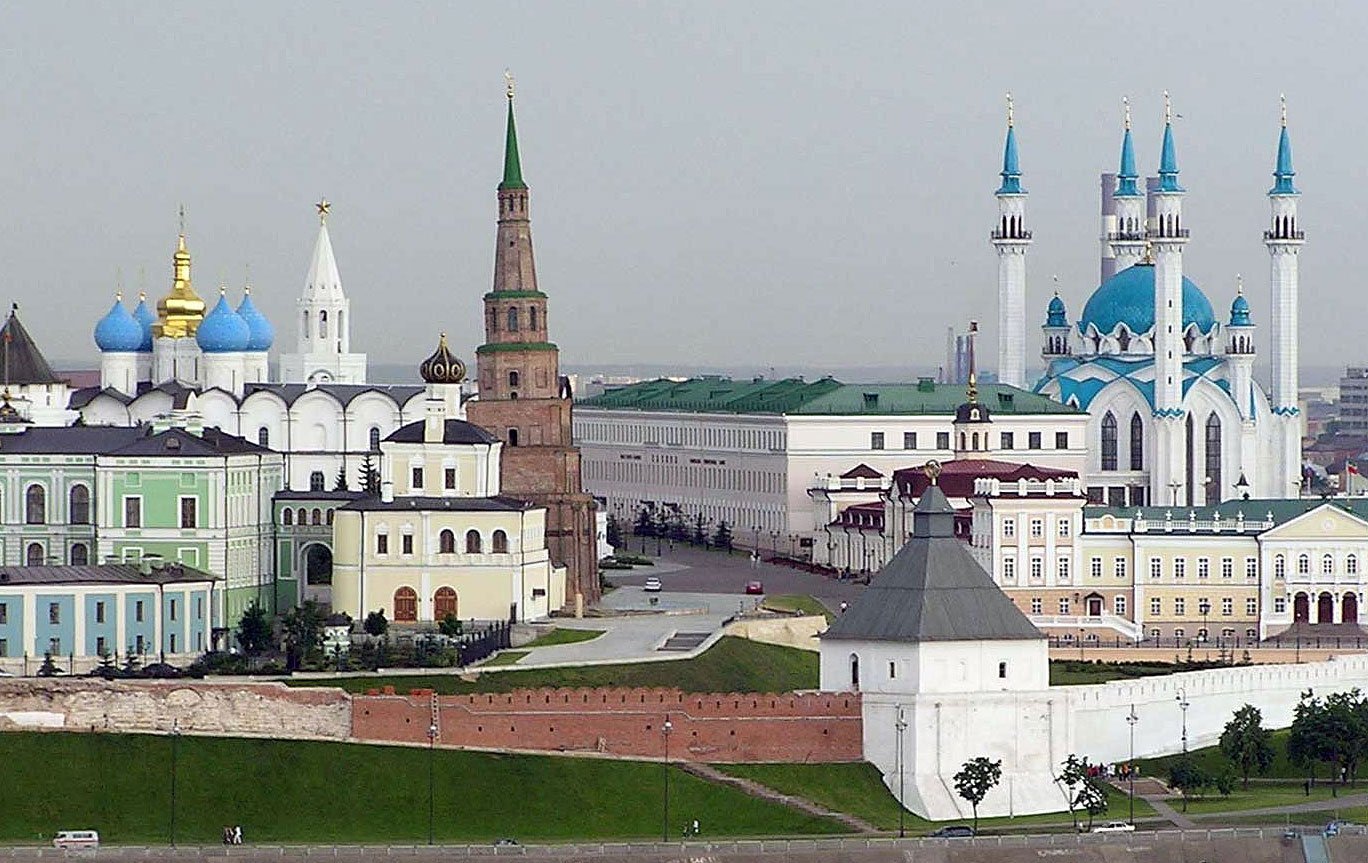 Morning arrival to Kazan. Meet the guide at the railway station/airport. Transfer to the city centre.

A walking tour “White-stone Fortress”. The Kazan Kremlin is the main sight of the city; it is a UNESCO world heritage site. The white-stone Kremlin is the heart of the ancient city that incorporates the culture of the East and West. Inside the fortress, there is one of the symbols of Kazan – the famous “leaning” tower of Tsarina Suyumbike.

The sights of the thousand-year-old city combine the culture of the West and the traditions of the East: the Old Tatar settlement, where the Tatars lived since the 16th century, the Textile settlement, they grew up as a result of the industrial reforms of Peter I, the square of fountains, the Kaban Lake with its mysteries and legends, the recreated Tatar village Tugan Avylym (My Native Village), the new building of the Puppet Theater, Kazan Federal University, Freedom Square as the cultural and administrative center of Kazan.

Lunch at the restaurant.

Day 2. BOLGAR – MECCA OF THE NORTH

You can get acquainted with new sites in Bolgar. See one of the most significant building structures added to the contemporary collections of

the architectural heritage of Tatarstan – Ak Mechet (the White Mosque).

Lunch in the restaurant in Bolgar.

A walking sightseeing tour “Mecca of the North” in the town of Bolgar. More than 700 years ago, on the site of the present city of Bolgar, there was an ancient city, the capital of Volga Bulgaria – an early-feudal state located in the interfluve of Volga and Kama rivers. The historical and archeological site of Bolgar was included in the UNESCO List of World Heritage Sites.

During the excursions, you will walk along the ruins of the white-stone walls of ancient buildings and imagine the life that existed here many centuries ago. See all landmarks on the territory of the ancient city: the Congregational Mosque, the Eastern and Northern Mausoleums, the Mausoleum of the Khans, the Small Minaret, the Black Chamber, the White Chamber, the Khan’s Bath, the Khan’s Palace.

Visit the Literacy Museum on the Volga Embankment, a memorial sign built to commemorate the offcial adoption of Islam by the ancient

Departure to Kazan. Return to the hotel.

Breakfast. Check-out. Meeting with guide at the hotel lobby. Departure for the sightseeing program with luggage.

A walking tour “Kazan Arbat”. Bauman Street is one of the favorite walking places for residents and guests of Kazan, a meeting place for lovers. During the tour, you will make many amazing discoveries: jets of fountains, the bell tower and the Epiphany Church, where Fyodor Chaliapin was baptized, a monument to Chaliapin, the National Bank building, zero line, Peter and Paul Cathedral and other attractions.

The Chak-Chak Museum is a place where you will plunge into the atmosphere of Tatar life and feel like guests in an old Tatar family.

Here you will learn the secrets of making chak-chak, see the traditional kitchen dishes that were used earlier, you will discover a lot of new, seemingly, in familiar things.

Lunch in the city restaurant.

Weekend in the Republic of Tatarstan • 3 days – Kazan – Bolgar

This classic program offers visits to several famous sights in Republic of Tatarstan. The tour is full of remarkable places, including 2 UNESCO objects: the Kazan Kremlin and Bolgar.