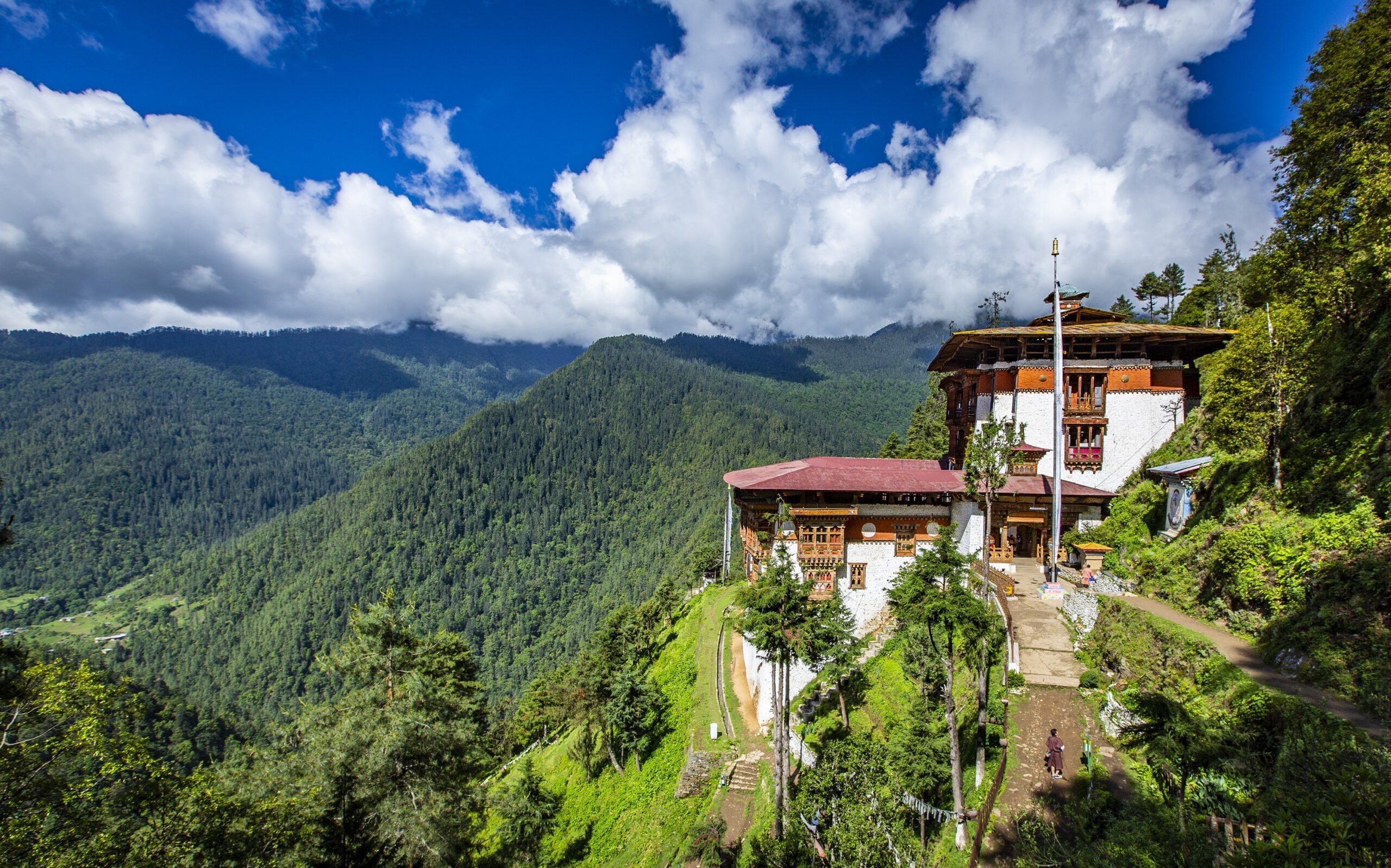 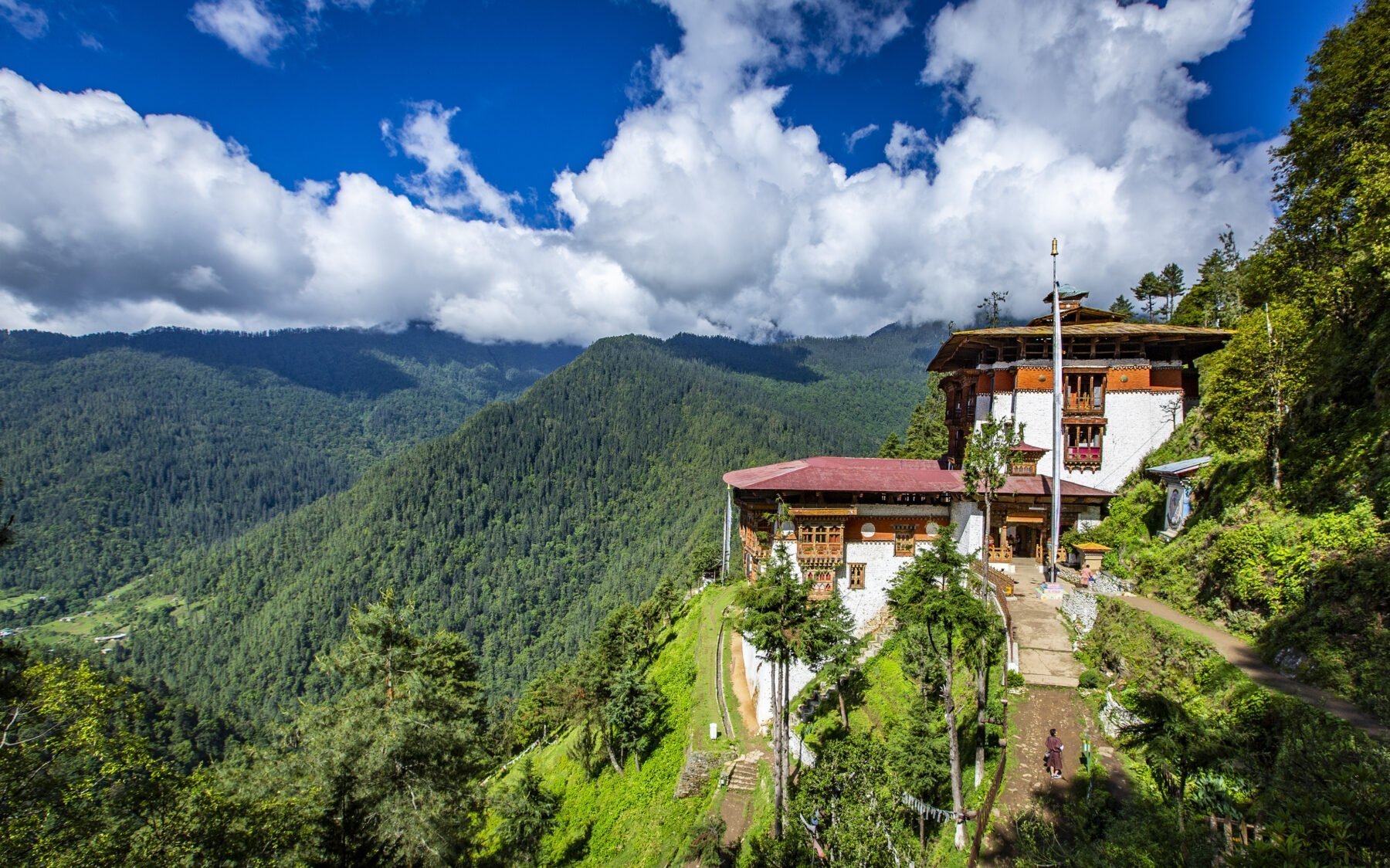 WONDERS
OF THE WESTERN BHUTAN (5NIGHTS/6DAYS)

Day 01:
Arrive at Paro International Airport and Drive to Thimphu

·
Buddha
Point/ Kuensel Phodrang – Is the largest Buddha statue in
the country, from there you can get a good view of the Thimphu valley.

·
Memorial
Chorten –
Built in the year 1974 in the memory of our third king of Bhutan, His Majesty
Jigme Dorji Wangchuck.

·
Tashichho
Dzong – The “fortress of the glorious religion” was initially erected
in 1641 and rebuilt by King Jigme Dorji Wangchuck in the 1960s. Tashichho Dzong
houses some ministries, His Majesty’s secretariat, and the central monk
body.

·
Changangkha
Lhakhang – It is right above Thimphu Valley, this temple and a monastic
school was established in the 12th century on a site chosen by Lama Phajo
Drugom Shigpo.

·
Motithang
Takin Preserve – Houses the rare national animal of Bhutan. Takin is listed by
international   conservation agencies as
a vulnerable species and it is a rare animal found only in Bhutan, Nepal and
Burma.

·
Traditional
Medicine Institute – In Bhutan, equal emphasis is given to both allopathic and
traditional medicines. The rich herbal medicines made up from medicinal plants
are prepared and dispensed here.

·
National
Institute for Zorig Chusum – The school of Arts and crafts
is an institute where student undertake a six-year course on the 13 traditional
arts and crafts of Bhutan.

·
Simply
Bhutan – Is an integrative living museum that gives a quick introduction to
various aspects of traditional life in Bhutan.

·
Traditional
Medicine Institute – In Bhutan, equal emphasis is given to both allopathic and
traditional medicines. The rich herbal medicines made up from medicinal plants
are prepared and dispensed here.

After
breakfast, drive to Punakha – approximately 3-hours drive through picturesque
valleys and mountain slopes dotted with typical Bhutanese villages. From the
Dochula pass, at over 10,000ft, vast panoramic views of the high snowcapped
peaks of the Bhutanese Himalaya can be enjoyed on a clear day. Continue drive
down into the Punakha valley. On the way visit Chhimi Lhakhang – This was founded in 15 Century by Lama Dukpa
Kinley also known as divine mad man. It is half hour walk across a local
village and rice field. After lunch visit Punakha
Dzong – built in 1637 by Zhabdrung.
Overnight at hotel.

·
Kyichu
Lhakhang – One of the oldest and most sacred temple in the kingdom, dating
back to the 7th century.

·
Rinpung
Dzong – Which houses the monastic school and the office of the civil
administration and walk down passing close by crossing the Bhutanese typical
wooden roofed bridge to Paro town.