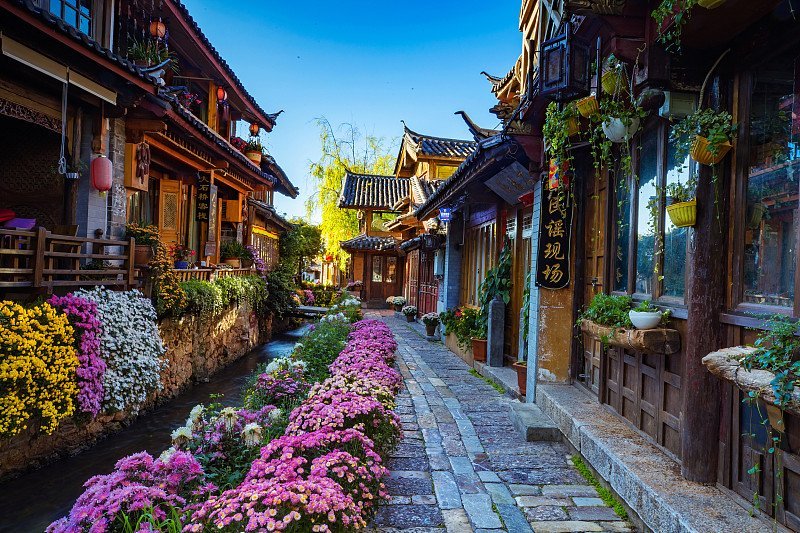 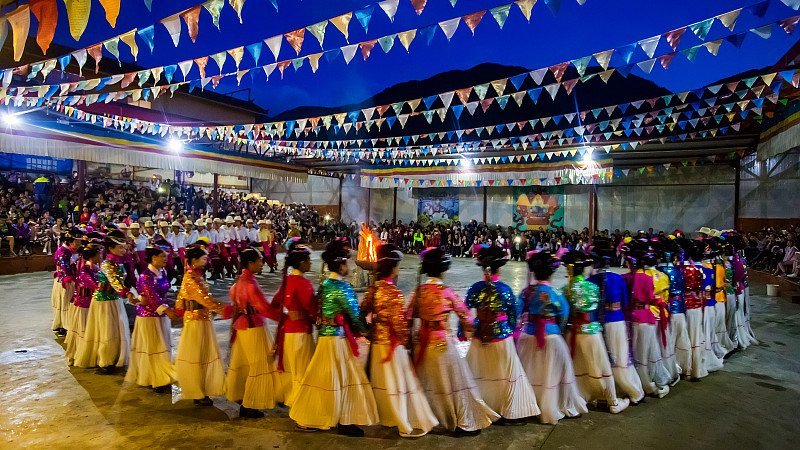 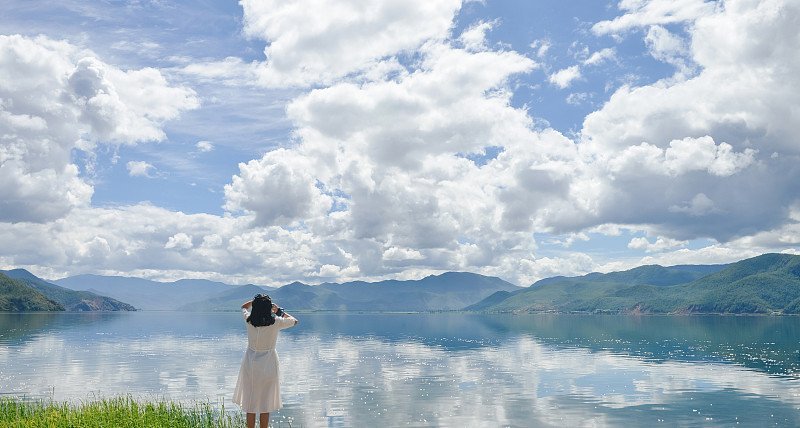 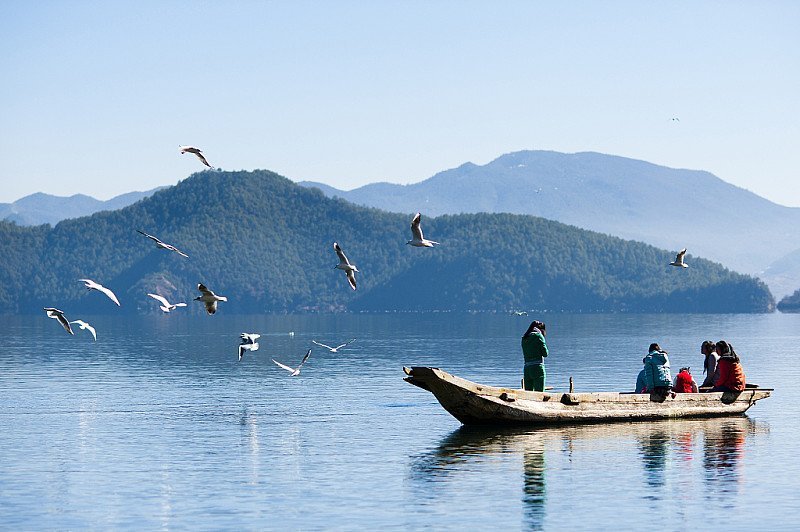 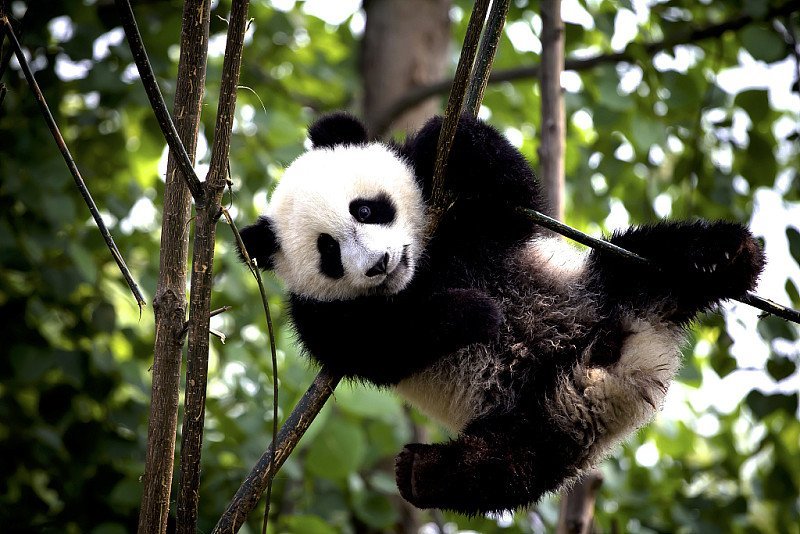 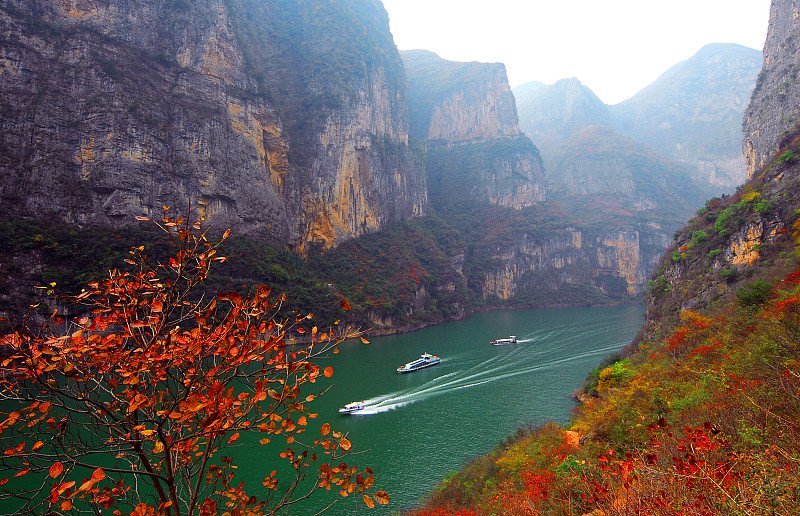 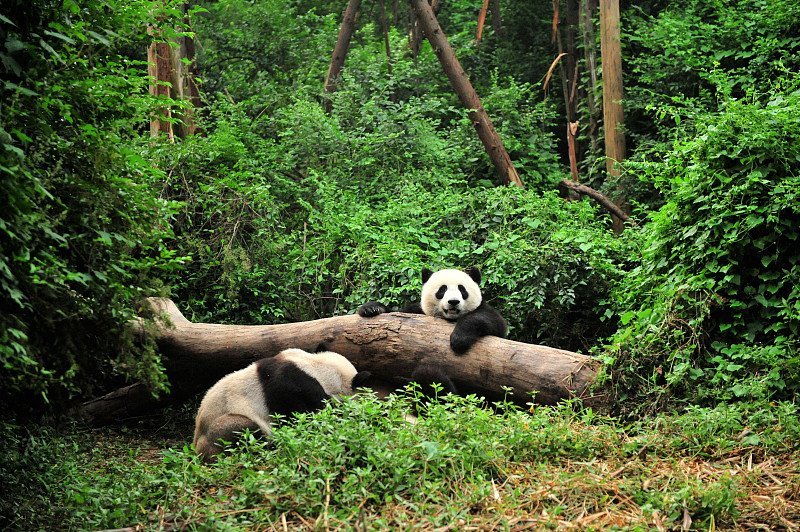 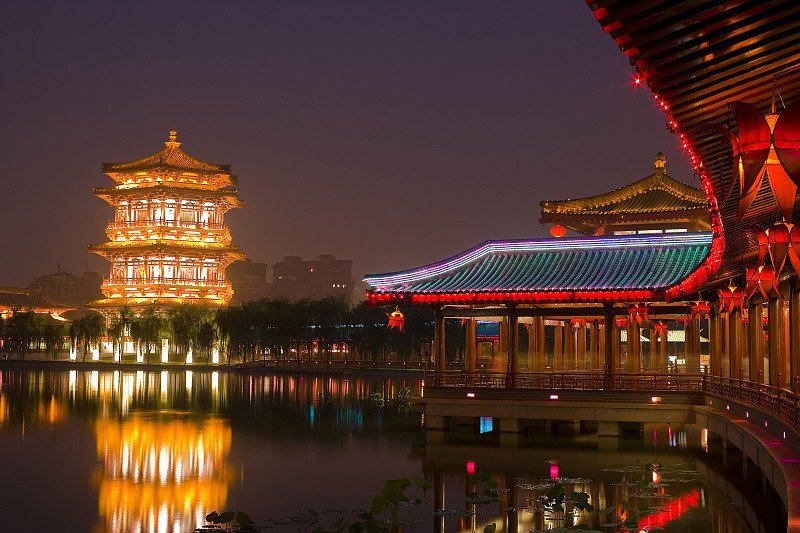 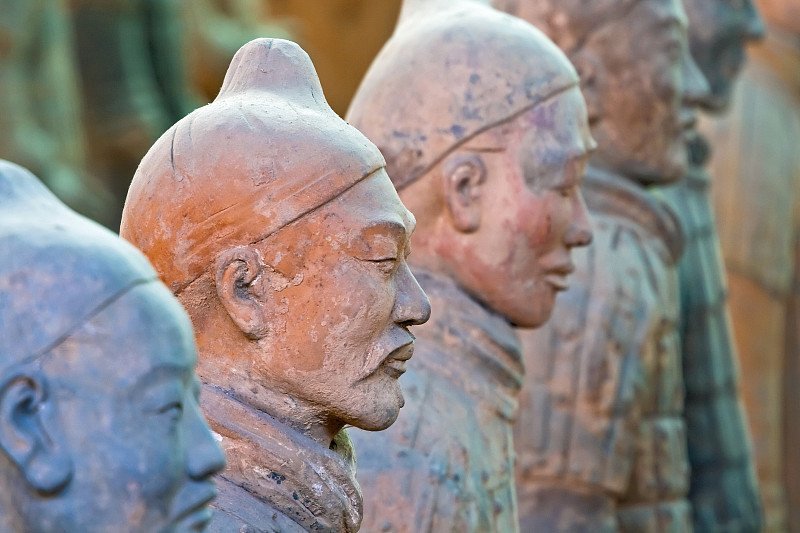 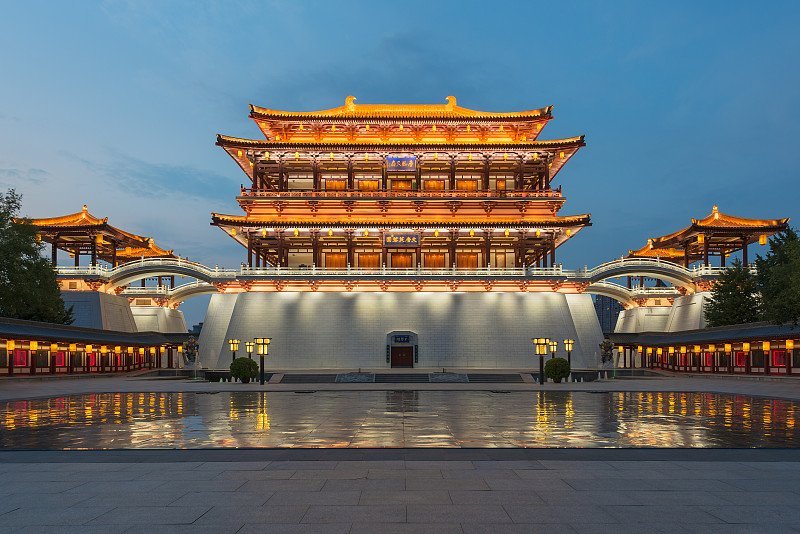 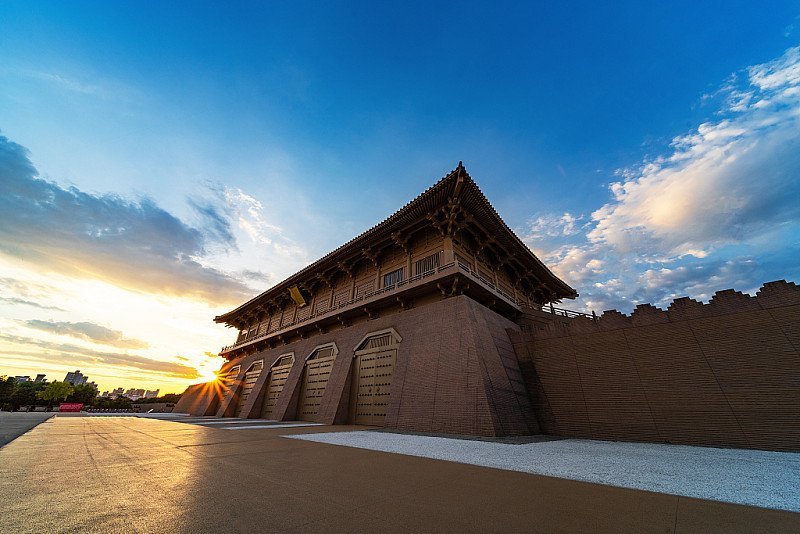 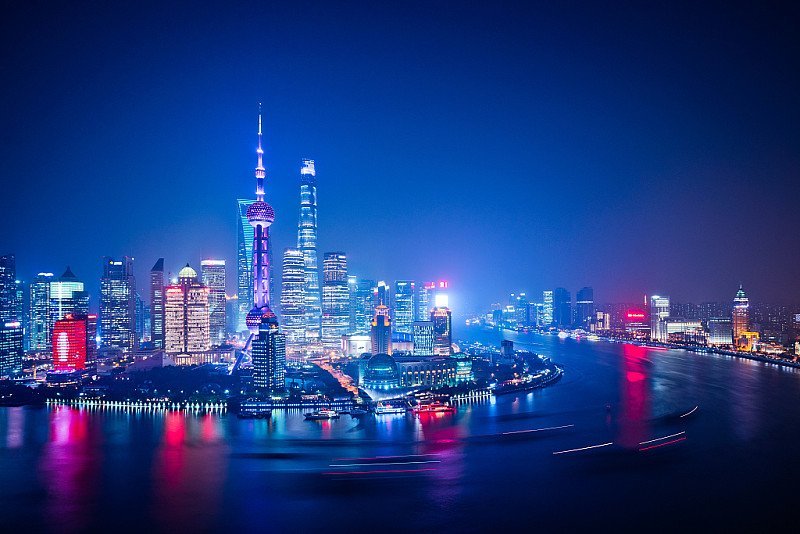 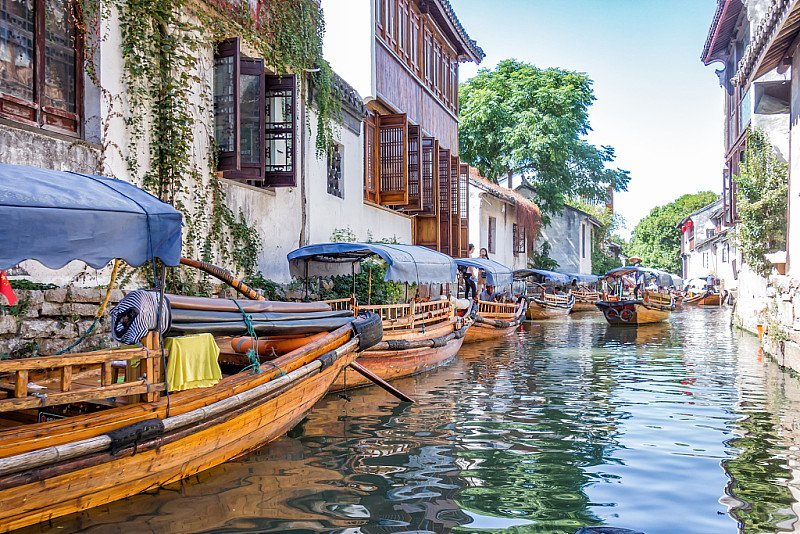 Upon arrival into Beijing, you are met at your gate by an airport representative, assisted with immigration and customs, and then introduced to your A&K representative. You are then transferred to your accommodations and assisted with check-in, enjoying the remainder of the day at your leisure.
The Peninsula Beijing

DAY2 BEIJING | THE GREAT WALL & SUMMER PLACE
Explore the well-preserved and less-frequented Mutianyu section of the Great Wall of China as you stroll remote battlements of this immense fortification commanding views of the surrounding countryside. Begun in 221 BC and expanded during the Ming Dynasty (1368-1644), the Great Wall remains a powerful symbol of China around the world today. This afternoon, visit the Summer Palace on a guided tour of the largest imperial garden in the world. This UNESCO World Heritage Site is a veritable museum of classical Chinese garden architecture. Fronting the shimmering waters of Kunming Lake, the palace’s stately buildings are set among pavilions, temples, pagodas, green pines and fragrant blossoms. Cap off your visit with a private boat ride on the lake (weather permitting).
The Peninsula Beijing
Meals: Breakfast, Lunch

DAY3 BEIJING | FROM MING DYNASTY TO MODERN
Set out on a guided tour of a historic temple and traditional neighborhood for a glimpse of Beijing’s past and present. Begin your morning at the Temple of Heaven, a massive complex offering a look back to the life, culture and religion of the Ming Dynasty. Next, hop a pedicab to explore a hutong, a network of traditional neighborhoods with interconnecting lanes. Later this afternoon, explore two icons of China’s past and present. Begin at the Forbidden City, the largest palatial complex in the world. This long-time center of imperial power was once home to 24 emperors. Today, the Forbidden City stands in marked contrast to the bustling, modern city just outside its walls. Next, visit Tiananmen Square, a grand monument to the nation’s present-day government.
The Peninsula Beijing
Meals: Breakfast, Lunch

DAY4 XIAN | ARTIFACTS OF A LOST EMPIRE
Today, you are transferred to the airport for your flight to Xian. Upon arrival, discover the Yangling Museum’s archaeological wonders with a brief stop en route to your accommodations. Take in the culmination of nearly 10 years of excavation as you tour objects recently unearthed from an area surrounding the tomb of a Han emperor. While the actual imperial tomb of the emperor and his chief consort has yet to be opened, archaeologists have excavated more than 20 satellite tombs, yielding a treasure trove of exquisite funerary pieces. Continue to the City Wall. Dating to the early Ming period (built between 1374-1378), it is one of the few extant city walls remaining in China. After your visit, settle into your hotel.
The Ritz-Carlton, Xian
Meals: Breakfast

DAY5 XIAN | THE TERRA COTTA WARRIORS
Set out on a full-day, guided tour exploring the best of Xian. Begin at the famous Terra Cotta Warriors and Horses dig site. It is thought this life-sized army of soldier statues was created to safeguard the emperor’s passage to the afterlife. Enjoy lunch at a local restaurant, then visit the Great Mosque of Xian. Resembling a Buddhist Temple, it is regarded as one of the most beautiful and unusual structures in the city. Next, visit the Wild Goose Pagodas, a pair of towering historic landmarks affording panoramic views of Xian.
The Ritz-Carlton, Xian
Meals: Breakfast, Lunch

DAY6 CHENGDU | A TASTE OF SICHUAN PROVINCE
Board a high-speed train to Chengdu, stopping to tour People’s Park and Jinli Street before transferring to your accommodations. Immerse yourself in local life and culture at the People’s Park, where area residents play traditional Chinese instruments, practice calligraphy and engage in tai chi.
The Ritz-Carlton, Chengdu
Meals: Breakfast

DAY7 CHENGDU | ENCOUNTERING THE ENDANGERED PANDA
Meet China’s furry ambassadors to the world at the Chengdu Panda Breeding Center. Take a half-day, guided tour of this facility dedicated to preserving the endangered pandas and get a rare glimpse of these iconic Chinese natives. Enjoy your afternoon at leisure exploring Chengdu.
The Ritz-Carlton, Chengdu
Meals: Breakfast, Lunch

DAY8 LIJIANG | TIBETAN PEAKS
This morning, you are transferred to the airport for your flight to Lijiang. Upon arrival, you are met by an A&K representative and transferred to your accommodations. Enjoy the remainder of the day at your leisure with time to acclimatize.
Banyan Tree Lijiang
Meals: Breakfast

DAY9 LIJIANG | ECHOES OF THE NAXI KINGDOM
Uncover the secrets of ancient civilizations on a full-day, guided tour. Journey to the foot of Jade Dragon Snow Mountain to visit Baisha Village. Once capital of the Naxi Kingdom, it remains home to the Baisha Murals depicting cultural and religious themes of this civilization. Continue to Longquan Village, a traditional Naxi village surviving here for over 800 years. Next, visit Black Dragon Pool Park, a stunning setting widely regarded as the most beautiful in Lijiang. Finally, stop by the Dongba Museum to learn about the Naxi culture and view photographs of Lijiang’s Old Town taken from 1921-1949.
Banyan Tree Lijiang
Meals: Breakfast, Lunch

DAY10 ZHONGDIAN | TIBETAN MELTING POT
Enjoy the scenic route from Lijiang to Zhongdian, stopping along the way. Begin by crossing an 8,600-foot pass, taking in the view of the Yangtze’s First Bend as the shining river cuts through a patchwork of farm fields and orchards in the valley below. Next, stop in the charming village of Shigu to visit a memorial commemorating a historic military action. After a stop for lunch, continue on to Tiger Leaping Gorge, one of the world’s deepest chasms. Almost 10 miles long, the gorge passes between Jade Dragon Snow Mountain and Haba Snow Mountain — the Yangtze River’s rapids cascading far below. Afterward, you are driven on to your accommodations in Zhongdian.
Songtsam Linka Shangri-La
Meals: Breakfast, Lunch

DAY11 ZHONGDIAN | SHADES OF SHANGRI-LA
Immerse yourself in the Tibetan culture of Zhongdian with a visit to the 300-year-old Songzangling Monastery, the largest Tibetan Buddhist monastery in Yunnan Province and home to the Living Buddha. Next, sip butter tea with a farming family and experience the traditions of the Khampa people. After lunch at a local restaurant, walk among the floral wonders of the Napa Forest, a tranquil landscape that conjures daydreams of the mythical Shangri-La. Continue on to peruse the vendors of the Central Market, taking in an authentic glimpse of Yunnan’s diverse ethnic fabric. Then, visit the rural village of Ringha, a traditional Khampa settlement built around a sacred hill frequented by pilgrims making the trek to Lhasa.
Songtsam Linka Shangri-La
Meals: Breakfast, Lunch

DAY12 SHANGHAI | PORT CITY TO THE WORLD
This morning, you are transferred to the airport for your flight to Shanghai via Kunming. Upon arrival in Shanghai, you are met by an A&K representative and transferred to your luxurious accommodations for an evening at leisure.
The Peninsula Shanghai
Meals: Breakfast

DAY13 SHANGHAI | RISE OF AN EASTERN ICON
Get a taste of small-town life on a half-day, guided tour of Zhujiajiao, a water town in the countryside west of Shanghai. Stroll its bridges spanning the bubbling streams flowing from Dianshan Lake and take a peaceful, private boat ride along the winding river, passing beneath the eaves of historic houses. After lunch at a local restaurant, tour the Shanghai Museum and its exceptional collection of historically significant art and housewares including bronzes, ceramics, calligraphy, paintings, jade, furniture and coins. Finally, visit the Shanghai Observation Tower for a birds-eye view of Shanghai.
The Peninsula Shanghai
Meals: Breakfast, Lunch

DAY14 DEPART SHANGHAI
This morning after breakfast, you are transferred to the airport for your international departure.
Meals: Breakfast

Enhance Your Journey
Elevate your experience with a host of options available for an additional cost.

SHANGHAI JEWISH QUARTER
Encounter a rarely experienced side of Shanghai with an exploration of the city’s Jewish Quarter.

EXPERIENCE ZHONGDIAN’S CRAFT BEER SCENE
Visit a local brewery in Zhongdian, home to a rising craft beer culture. Tour the brewery and sample some of the local craft beers to learn what sets them apart.

LIJIANG DANCE SHOW
Enjoy the vibrant dance show, Mountains and Rivers, in Lijiang’s Old Town. This two-hour performance celebrates the history and culture of the local peoples of Yunnan.

LIJIANG TEA CEREMONY
Experience a ritual practiced for thousands of years as you sit down to a traditional tea ceremony in Lijiang’s Old Town. Here, a tea specialist invites you into their home to brew and sample distinctive green, black, Pu’er and jasmine teas.

Embark on an immersive journey revealing China’s enduring icons, including a remarkably preserved section of the Great Wall, the mysterious Terra Cotta Warriors and the furry pandas of Chengdu. Continue south to meet minority groups in Lijiang and then northeast to experience cosmopolitan Shanghai